Recapping how the former Pokes did in NFL week 17

The Pokes In The Pros ended the 2020 NFL regular season on a high note this past weekend and five former Cowboys are heading the NFL Playoffs.

Josh Allen and the Buffalo Bills secured the overall two seed in the AFC and will face off in the Wild Card round on Saturday vs. the Indianapolis Colts. This season, Allen became the first player in NFL History to account for at least 4,500 passing yards, 35 touchdown passes, and five rushing touchdowns in the same season.

Andrew Wingard ended the 2020 NFL season right where it began, with an interception of Indianapolis Colts quarterback Phillip Rivers. Wingard made six total tackles in week 17 and had three tackles for loss. The second year pro finished the campaign with four starts for the Jacksonville Jaguars, 50 total tackles, five passes defended, and two interceptions.

Chase Roullier matched up on the other side of the ball vs. Epps for the Washington Football Team on Sunday Night Football for the NFC East title and the final playoff spot in the NFL. Roullier and the Football Team defeated the Eagles and will host the Tampa Bay Buccaneers on Saturday night. The fourth year center finished the season making 16 starts for the second time in his career, he played 100 percent of his team’s offensive snaps, and signed a four-year extension worth up to 40 million dollars with 19 million guaranteed.

Brian Hill rushed for a season high 94 yards in the Atlanta Falcons season finale against Tampa Bay. Hill averaged 10.4 yards per carry and caught three catches out of the backfield for 42 yards. The fourth-year running back finished off 2020 with 465 rushing yards, 199 receiving yards, and one touchdown.

Tyler Hallwas inactive for the Falcons game against the Buccaneers in week 17. The undrafted rookie cornerback appeared in nine games this season, and finished with six total tackles.

Carl Grandersonregistered two sacks in the New Orleans Saints 33-7 win over the Carolina Panthers last week. The second-year defensive end finished the campaign with five sacks, 14 total tackles and eight hits on the quarterback. Granderson and the Saints will host the Chicago Bears in the first round of the playoffs on Sunday afternoon.

Tashaun Gipson wrapped up his first season with the Chicago Bears by helping his team make the playoffs. At 8-8 the Chicago Bears are the seven seed and will face off against Granderson and the Saints. Gipson started all 16 games for the fifth time in his nine-year NFL career. He finished the regular season with 66 total tackles and two interceptions.

Jacob Hollister and the 12-4 Seattle Seahawks are playoff bound and will take on division rival, the Los Angeles Rams, in the first round on Saturday. Hollister wrapped up his fourth year in the NFL, and second with Seattle, with 25 catches for 209 yards and three touchdowns.

Logan Wilson was held out of the Cincinnati Bengals last three games 2020 due to an injury. The rookie linebacker played in 12 games this season, making starts in two of those games, and recorded 33 total tackles, one sack, and two interceptions.

Mark Nzeocha missed the majority of the season with an injury but came back to play in the final two games of the San Francisco 49ers season. The sixth-year linebacker appeared in a total of five games and made one total tackle.

Mike Purcell started the first six games for the Denver Broncos before an injury ended his season after week seven. Before the injury, Purcell signed a three-year contract extension worth 11.5 million dollars that will keep him in Denver. In his fifth year in the NFL, Purcell finished with 15 total tackles, two tackles for loss, and one sack.

Cash Maluia returned to the New England Patriots active roster for the final two games of the season. The 2020 sixth-round draft pick appeared in nine games for the Patriots this season and played primarily on special teams.

Eddie Yarbrough saw game action in four contests for the Minnesota Vikings this season. The fourth-year defensive end made eight total tackles and had one hit on the QB in 2020.

Rico Gafford ended the season by signing a reserve/future contract with the Arizona Cardinals. The third-year wide receiver appeared in three games this season for the Las Vegas Raiders, and had two targets but did not have any receiving stats on the season. 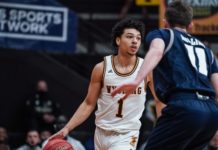 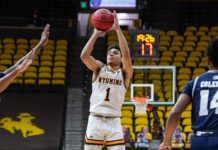 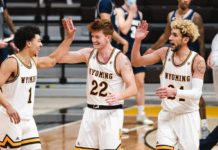