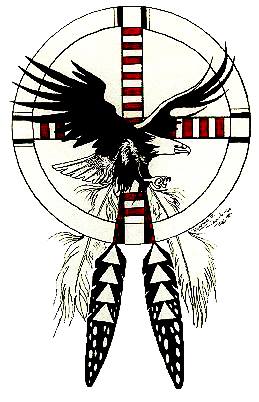 (Fremont County, WY) – Former St. Stephens High School principal Matt Mortimore and his wife Macey, also a former educator at the school, were both recently cleared of any wrongdoing by the Professional Teacher Standards Board (PTSB), according to letters sent by Jillian M. Reagan, the Executive Assistant Disciplinary Specialist and Board Liaison for the PTSB.

The U.S. Department of the Interior’s Bureau of Indian Education (BIE) assumed oversight of the school last May following the decision by the Wind River Inter-Tribal Council to terminate administrators and the school board, due to reports of “widespread wrongdoing,” following an independent federal investigation.

While Matt was let go as a part of the BIE recommendations, Macey was notified by the education committee on May 27 that she was being indefinitely suspended without pay, and ultimately was informed that her contract would not be renewed.

As of August 15, the Mortimores were both sent letters from Jillian Reagan at the PTSB, stating that the “PTSB conducted a thorough investigation regarding the allegations,” and that both parties “did not violate any of PTSB’s Chapter 9 rules or PTSB’s Code of Conduct,” and also “cooperated with my agency and provided information to help with our decision process.”

Back in June, six anonymous individuals with ties to St. Stephens met with various news organizations to come to the defense of the Mortimores.

At that time, Matt and Macey were unable to comment, but have since reached out to County 10 after they were cleared by the PTSB investigations.

“We were told by BIE that the investigation was about St. Stephens leadership, specifically Frank No Runner, Greg Juneau and Pattee Bement,” Macey commented, with the school board being looked into soon after.

“Not once did they say someone accused you of something,” Matt added.

Matt and Macey stated that BIE promised confidentiality, but there were two instances in the report of their identities being revealed.

In the section of the report labeled “Findings of Fact”: the following was shared “Witness #2 is Witness #39’s wife,” which “makes it pretty obvious” who each witness is according to Matt.

The other instance occurred later in the report, which implied the Mortimores were in attendance at a party at No Runner’s house where illicit sexual conduct involving minors were alleged to have happened.

Seeing their names in the report like that was “not what they (BIE) assured” would happen.

“The way I found out I was fired was through a County 10 article,” Matt commented on how he learned about the information ultimately shared in the BIE report that wrongly incriminated he and Macey.

Since that time, things have been “pretty rough” according to Macey.

While Matt had already placed on administrative leave toward the end of the investigation, Macey worked up until the last day of the school year, when she was informed that she would be suspended without pay for the remainder of her contract (still active through June) by the acting superintendent, and was forced to clean out her office and room.

She was also informed that everyone else’s contracts would not be renewed going into the new school year.

“Since then we have had absolutely no luck finding jobs,” Macey continued, stating they often applied for the same positions since they have similar qualifications, which according to the letter from Reagan are the following:

The letters also ensured that the Mortinore’s “Standard Teaching License(s) with the State of Wyoming was not and will not be affected due to this investigation.”

Macey went on to state that she was offered a job by one education institution “on a Monday,” but that same offer was revoked days later, with no official reason given as to why.

Macey added that she was able to secure interviews for some positions, but never a follow-up, and one position she applied for was closed without being filled.

Ultimately, both Macey and Matt applied for their positions at St. Stephens again, but were not offered jobs after the interview process.

“It’s been pretty dismal to say the least,” Macey continued, adding that they also had to navigate this process while looking for a new home due to the fact they were forced to move out of the school housing they were provided for his former position.

At this point, they have “drained their savings and Matt’s retirement.”

According to Macey, she and Matt called the PTSB on May 13 to ensure their teacher’s licenses wouldn’t be revoked, and they were informed that the PTSB was launching an investigation into those named in the BIE report that day.

Macey was eventually cleared first in late July, and Matt soon after in mid August, after a three month investigation.

Now that the PTSB report has been released, the Mortimores are now concerned that even though their names are cleared, it is already too late in the school year to secure a job, and are especially worried since one district has already chosen to not hire Macey even after being cleared.

“There’s a chance we might have to struggle through this year and not teach, and not be in education, which would suck because it’s what we love to do,” Matt stated. “We’ve dedicated our life to education, and anyone who knows us at St. Stephens knows we called that our second home because we were there all the time.”

“We’re hoping to find work, but we understand we will probably have to wait until next year now,” Matt commented, with Macey adding “helping kids in general and being in education is what we strive to return to.”

The Mortimores also hope that those in the BIE responsible for the report, and those who falsely shared their names in the report are held accountable due to the financial and emotional “life-altering” effects of the accusations.