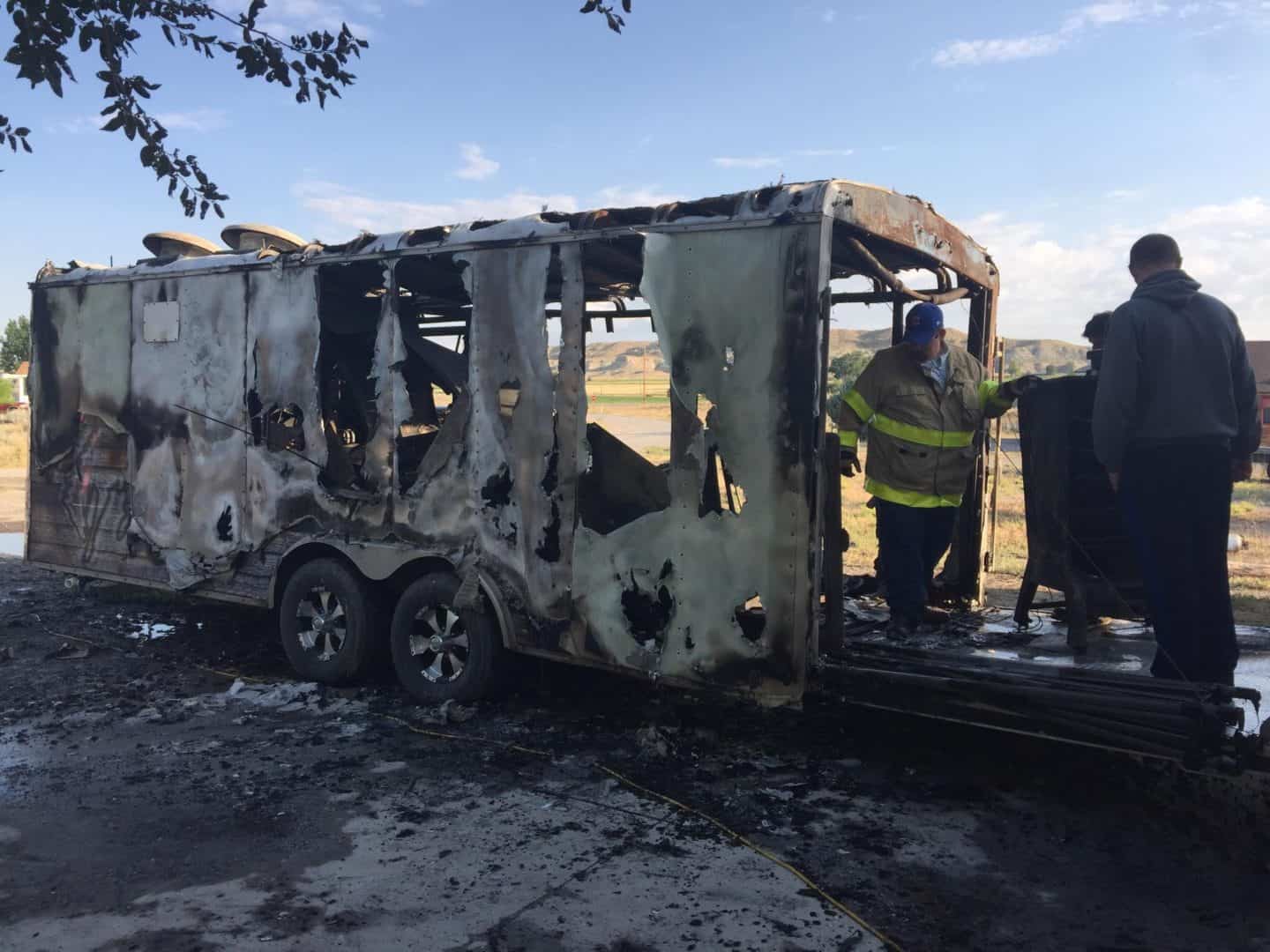 According to Riverton Volunteer Fire Deparment Fire Chief Cory Higgs, the fire began in a food trailer, and appeared to be a “mechanical issue.”

The trailer belonged to Bunk’s BBQ, a popular mobile-food option in Fremont County. The fire also damaged the front garage door of their residence, and two other vehicles.

Owners from Bunk’s BBQ confirmed with us that no people or pets were injured in the blaze, but the trailer and several items of their property had been destroyed.

We’ll be closed temporarily but we will come back bigger, stronger, and better than before.

This fire was not connected to a Tuesday evening fire that also burned roughly 20.5 acres north of Riveton near Mazet Road.