Our children are crying out for help 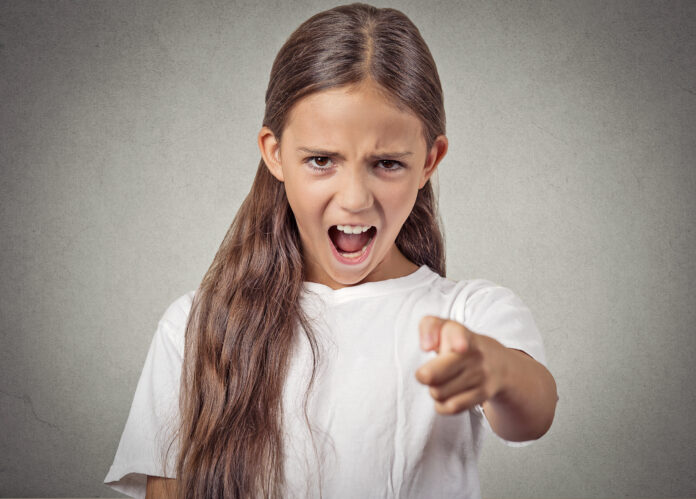 I recently read an article online in the New Yorker about childhood suicide. The Mystifying Rise of Child Suicide by Andrew Solomon was an eye-opening look into the sad reality facing our children today. It began telling the story of Trevor Matthews.

Trevor was a brilliant boy, but also a school bully. And just as he began improving in terms of his behavior, COVID started and he was isolated. His behavior took a turn for the worse with him acting out at home. Trevor was hospitalized in December of 2020 for 9 days. Trevor attended outpatient therapy throughout the beginning of 2021. His therapists said he was no longer at risk for suicide. He seemed to be turning a corner.

The average age of suicides has been falling for a long time while the rate of youth suicide has been rising. Between 1950 and 1988, the proportion of adolescents aged between fifteen and nineteen who killed themselves quadrupled. Between 2007 and 2017, the number of children aged ten to fourteen who did so more than doubled.

In 2020, according to the Centers for Disease Control and Prevention, in the United States suicide claimed the lives of more than five hundred children between the ages of ten and fourteen, and of six thousand young adults between fifteen and twenty-four. In the former group, it was the second leading cause of death (behind unintentional injury). This makes it as common a cause of death as car crashes.

These statistics should be enough to say, yeah, there’s a huge problem here that needs attention. As an adult in the United States, it’s hard enough to get the mental health help one needs for feelings of depression, anxiety, isolation, and the list goes on. For our youth, it is even tougher.

The sooner depressed or suicidal children receive treatment, the more likely they are to recover, but children remain radically undertreated. There are too few child psychologists and psychiatrists, and most pediatricians are insufficiently informed about depression.

“Parents can’t fathom and don’t want to fathom their kids doing it, so they underinvest in making sure it doesn’t happen,” Brad Hunstable, who lost his twelve-year-old son to suicide in 2020, told me. “Most pediatricians know how to test for lead poisoning. They know how to tell you what percentile you are in height. They don’t know how to screen for suicidal ideation.”

Perhaps the most unsettling aspect of child suicide is its unpredictability.

Mr. Solomon tells the story of a boy who survived a suicide attempt and described the suddenness of the impulse: seeing a knife in the kitchen, he thought, I could stab myself with that, and had done so before he had time to think about it.

Children contemplate suicide far more often than parents may realize. According to a 2020 study in The Lancet, among nine- to ten-year-olds, one in twelve reported having had suicidal thoughts, and another recent study found that nearly half of parents whose adolescent children had been contemplating suicide were unaware of this.

The moment of acute suicidal urge is very short-lived. It’s almost like the brain can’t keep up that rigid state of narrowed cognition for long. Christine Yu Moutier, Chief Medical Officer at the American Foundation for Suicide Prevention

This may explain why access to means is so important.

Living in a rural area with many homes containing firearms is something all of us as parents need to consider. Are your firearms in a safe place where children have no access? This should be a no-brainer as children living in homes with guns have suicide rates more than four times higher than those of other children.

One of the most interesting takeaways from the article were the facts about bullying and suicide. Trevor was a bully and prone to violence as a child.

Many had perceived him as someone who inflicted suffering on others, not seeing that he was suffering intensely himself. But people who respond to others aggressively and act impetuously are at acute risk of suicide, because they respond to themselves with impulsive belligerence, too. Experts speak of childhood depression as having internalizing symptoms (withdrawal, sadness) that are often ignored and externalizing symptoms (aggression, disruptiveness) that are usually punished. Both can be manifestations of the same underlying illness.

By the age of thirteen, more than a third of bullies have actively considered ending their lives, according to a study published in the Journal of Adolescent Health. Children who are both bullies and victims are particularly predisposed to suicide, with nearly half reporting a suicide attempt or self-harm.

I strongly suggest that all parents read this story to get a different perspective on what our children may be going through. It is far better to be informed, no matter how difficult the content is.

Now, more than ever, it is imperative that we talk to our kids about mental health and consistently check in on how they are feeling and in general, coping with things in their lives. You may think your child is fine but that is not always the case. Especially as tweens and teens, they can put on a front of being okay even if they’re not.

Between school, social media, friend drama, peer pressure, and self-pressure, kids today, especially teens, are constantly bombarded with stressful situations. They are so connected to one another through technology, that they don’t have a chance to shut off the world and just relax and be a kid. This is adding to and making worse the mental health issues many children face.

As we begin the 2022/23 school year in Fremont County, let’s work together to make sure our children and young adults are getting the help they need.

What can we do as parents?
For starters, as a parent in today’s world, we must know our child from the inside out. Who are their friends? What are their struggles? Do they have any anxieties? What are their hopes and dreams and do these add to their stress?

How do we do this?
There are many ways as parents we can get to the heart of our children. Number one is talking with them honestly and openly. Let them know that they can tell you things without repercussions. Open up that line of communication. Build a bond of trust that makes them want to talk to you about what may be troubling them in their life. The good things are easy to talk about. The hard things may take time and as a parent, patience is definitely a virtue. Remember: start a conversation, ask questions, pay attention and listen.

Spend time with your children. Family activities lead to great conversation. After all, how do you spell love? T I M E.

If your child suffers from a mental illness or behavioral health issues, be sure to get them the help they need. Teach them that it’s okay to reach out for help. The younger, the better. This can set them on a thriving path in life. Let’s all break the stigma that is put on mental illness and give our children a brighter future!