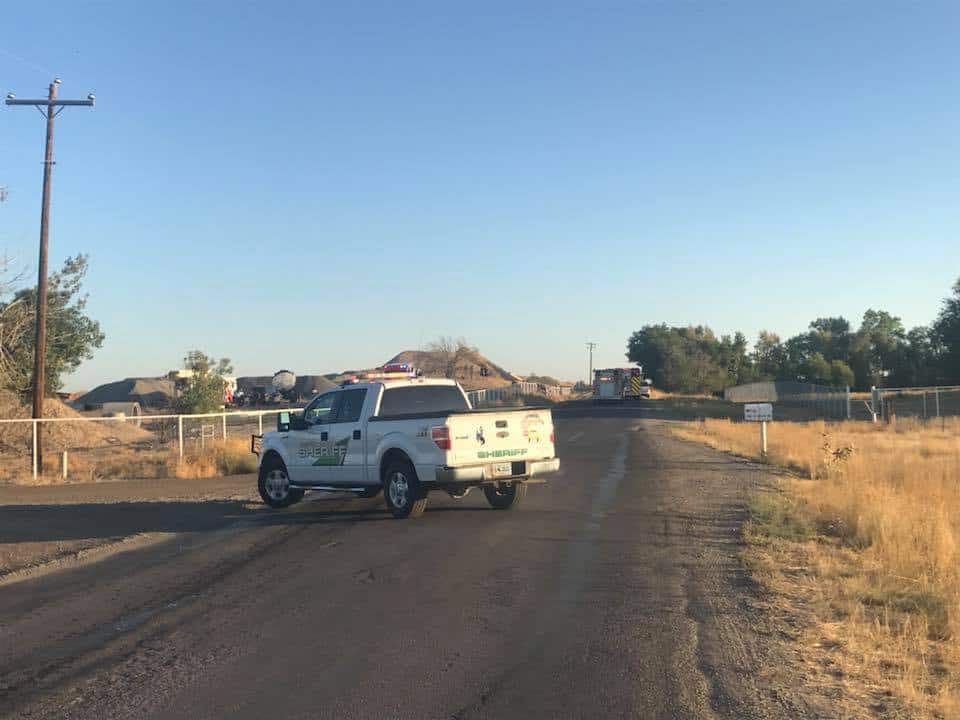 The vehicle had crashed through a fence and a power pole.

Fremont County Undersheriff Ryan Lee explained the situation, and confirmed to County 10 that there was a death in the crash.

A one vehicle rollover was reported in the 500 block of Smith Road at 7:02AM this morning.  The vehicle rolled at least one time severing a power pole.  The adult male driver and sole occupant of the vehicle died as a result of the collision.  The investigation is ongoing.”

Smith Road was closed to traffic for roughly two hours Tuesday morning while utility and EMS crews worked. It is currently open to traffic, but utility work is expected to continue throughout Tuesday afternoon.