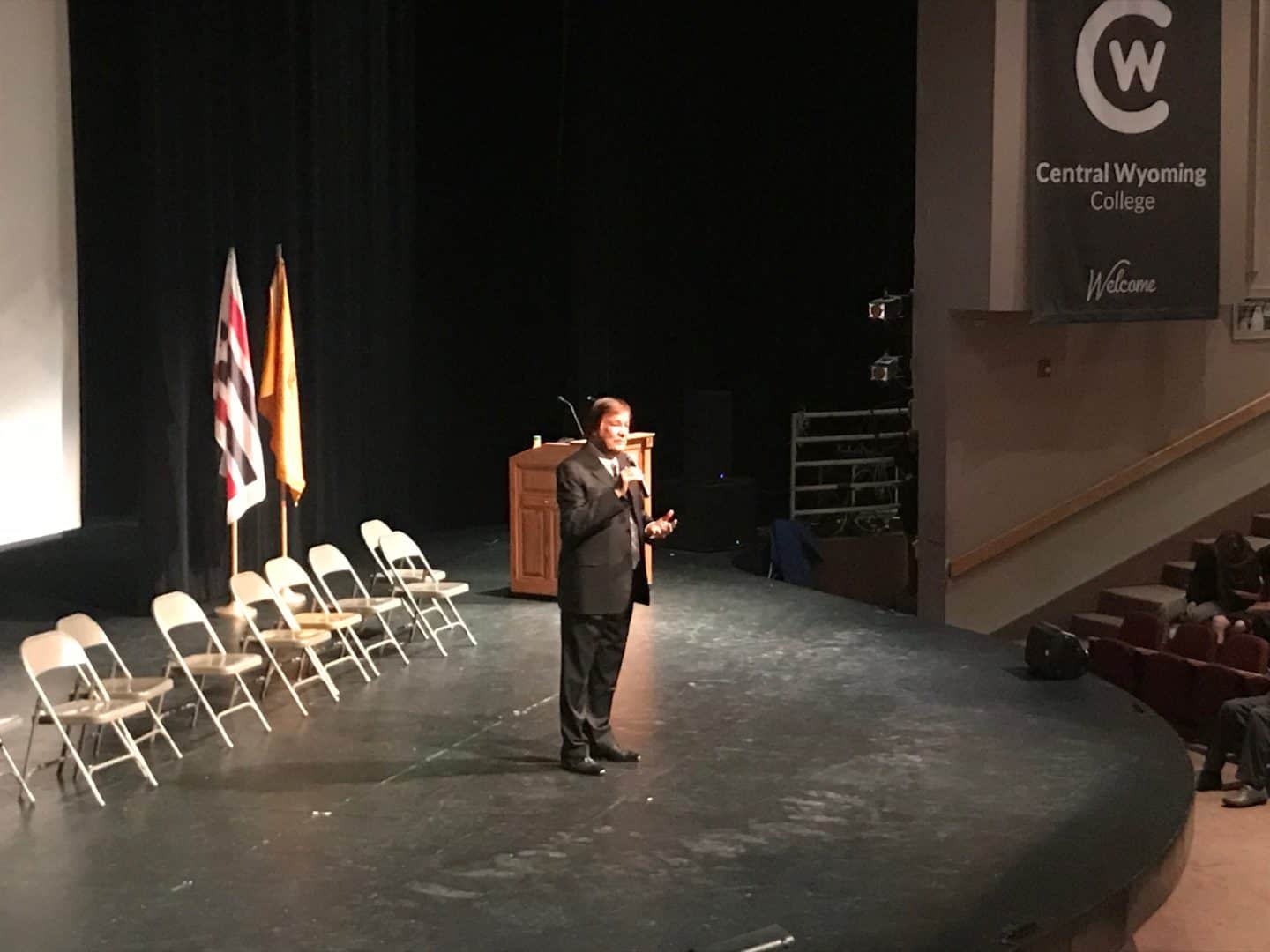 William Mervin “Billy” Mills is still the only American to ever win the 10,000 meter event at the Olympic games.

Mills was in Riverton Wednesday morning to speak at the 9th annual Native American Education Conference.

Billy is a member of the Oglala Lakota Tribe.

Over 450 people are attending the conference. Several community members also sat in on his speech, as did a few different school groups.

Mills spoke briefly about winning gold at the 1964 Tokyo Olympics. He told the crowd, “sports gave me a platform to see the world and to do more of what I really wanted to do with my life, it wasn’t everything to me.”

After his professional running career, he co-founded a nonprofit called “Running Strong for American Indian Youth.” They provide basic needs to Native American children who do not regularly have access to things such as food, water, shelter. He also works with diabetes prevention and management groups, Billy is a diabetic himself.

The gold medalist also spoke to the crowd about creating opportunities for Native American youth, cultural sensitivity, and suicide prevention.

In 1976, Mills was inducted into the United States National Track and Field Hall of Fame.

The conference will continue today and Thursday in Riverton and at St. Stephens High School.