Task Force members, which include law enforcement, tribal liaisons, state agencies, and other stakeholders, were tasked with looking at the number of missing or murdered indigenous people (MMIP) in Wyoming and to provide recommendations to enhance reporting and public safety.

According to the report, there are currently 10 Indigenous people missing in Wyoming.

Wyoming Survey & Analysis Center Associate Research Scientist Emily Grant, Ph.D. shared with County 10 it is important to know “Indigenous people are reported missing from 22 counties in Wyoming,” and “this is not a problem restricted to the reservation or Fremont County.”

“We went through 20 years of homicide data, 20 years of newspaper articles, and 10 years of missing persons data. #MMIW has recently gained a lot of mainstream attention, but as many Native families can tell you,this is not a new problem.”

The articles about Indigenous homicide victims also had less information and used more violent language, according to the report. The victim was also often portrayed in a negative light.

Community barriers is also a key finding listed in the report. There is a “lack of trust in law enforcement and the judicial system, no single point of contact during an investigation, and lack of information during the investigation and after the final outcome were seen as barriers in the community related to the reporting and response to MMIP.”

Grant also shared, “the families and advocates have tirelessly fought for justice for their loved ones and demanded attention be placed upon this issue.It is their efforts that deserve recognition.”

“We must have protocols and practices that allow for accurate, systematic accounts if we are going to be able to assess the current numbers, enact plans, policies, and procedures to address it, and determine if the efforts are having the desired impact.We must have accurate data.”

The complete Missing and Murdered Indigenous People: Statewide Report Wyoming can be read by clicking here. 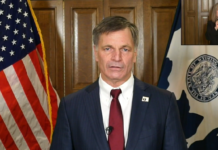 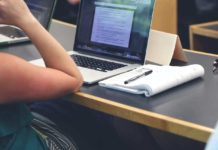