Looking back at year one of County 10’s Mascot Challenge

(Fremont County, WY) – The County 10 Mascot Challenge 2021 edition begins Tuesday, February 23rd. All Fremont County high school’s and Central Wyoming College will participate in the contest that declares the year’s best mascot based on your votes.

In the first round, voters were asked to pick their favorite mascot out of the 12 possible options. The four with the least votes were eliminated and the top 8 were seeded based on number of overall votes.

The teams moved into head-to-head match-ups in the Elite 8. With thousands of votes cast, we had some pretty narrow differentials.

In the Final 4, we saw the Cougars match-up with their rivals, the Wranglers. And, the Wolverines went head-to-head with the Rams.

That set up a Shoshoni Wranglers Vs. Riverton Wolverines championship round. The title match was dominated by Wrangler fans. Over 31,000 votes were cast and the Wranglers took 95% of the overall voting.

Shoshoni High School Principal Christina Mills told us that students and staff members were voting between every passing period and at lunchtime, each day.

Year two of the Mascot Challenge begins Tuesday. The fun is made possible by Gale’s Carpet One in Riverton and Altitude Interiors in Lander. 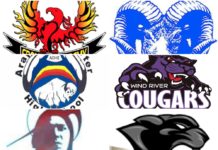 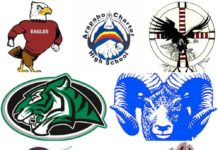 Several teams are in danger of being eliminated in Mascot Challenge... 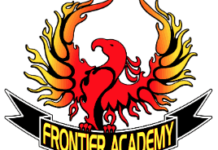