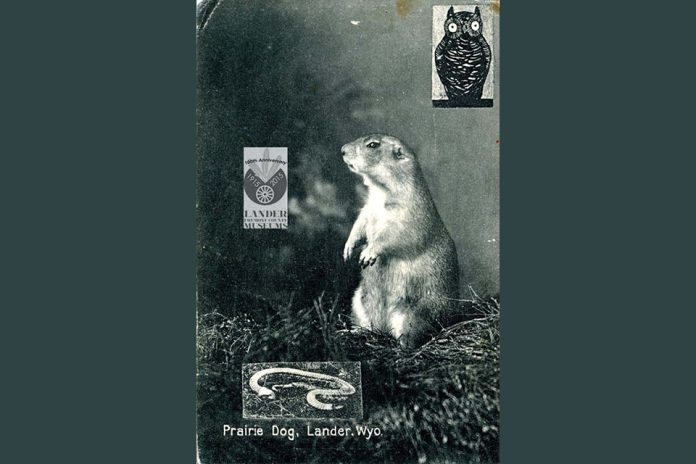 The Shoshone were well aware of severe sickness associated with prairie dogs. They lived close to nature and had generations of experience with tick fever. When Finn Burnett, the agricultural agent on the reservation started irrigating fields so wheat could be grown, one Shoshone Indian named Wit-to-gan complained to Reverend Roberts. The irrigation was causing the prairie dogs to come out of their holes and look at him.

Reverend Roberts asked him, “What do you care if the gopher comes out of his flooded burrow and looks at you?”

“I will die,” replied the Wit-to-gan.

Many Shoshone believed if a gopher died close to their teepees there would surely be mountain fever, as tick fever was known among the people. Reverend Roberts observed when there were prairie dog mounds around there was indeed more of the dreaded fever.  Reverend Roberts reported his findings to the Smithsonian Institute and they sent scientists to talk to Reverend Roberts and the Shoshone. A research lab was established in Hamilton, Montana and eventually a vaccine for Rocky Mountain Spotted fever was discovered.

The symptoms of Rocky Mountain Spotted Fever (RMSF) are fever, headache, rash, nausea, vomiting, stomach pain, lack of appetite, and muscle pain. It is spread as a result of a tick bite and is not spread from person to person. Before antibiotics were discovered the death rate could be as high as 40% of people bitten by an infected tick.

Obituaries in the early 20th century frequently cited tick fever as the cause of death. Usually, ranchers, sheepherders, and outdoorsmen were the ones infected. Riding a horse in the spring was like sitting on a tick magnet. In 1931, there were 41 cases of RMSF and 13 deaths reported in Wyoming. Many of the residents of the reservation received the vaccine after it was first discovered in 1925.

According to Dr. Tonkin, “In 1929, there were seven cases among the Indians and in 1930 there was only one and that of a young girl who was not vaccinated. It was the first time in years that there have not been from five to ten cases annually on the reservation.”

Another attempt to control ticks that carried RMSF was to infect ticks with a parasite. In 1931, 2,000,000 parasites were released in the Rocky Mountains. The parasites laid their eggs on the tick and the hatchlings consumed the tick. This method of control was soon abandoned.

A few tick vaccines became available in April of 1929 in Fremont County. They were provided free of charge, but availability was limited. All sheep workers, stockmen, farmers, and sportsmen were encouraged to get the vaccine which required two injections five days apart and had to be repeated every year.

Today, RMSF is easily treated with antibiotics, and vaccines are no longer necessary.