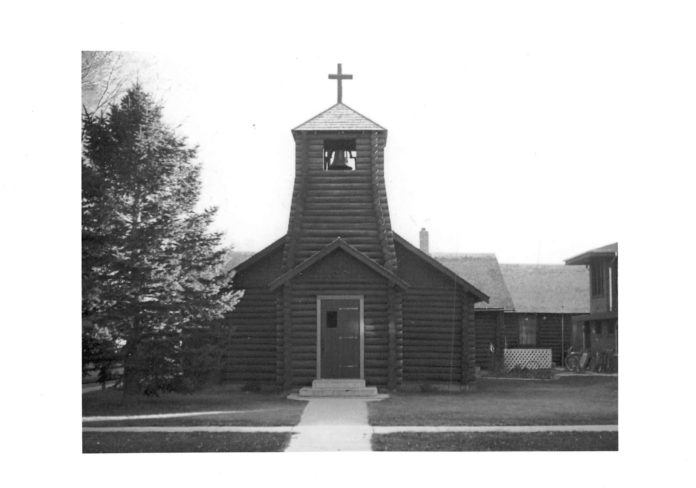 A County 10 series in partnership with the Fremont County Museum System
where we take a #Lookback at the stories and history of our community and presented by Mick Pryor, Financial Advisor with Edward Jones.

The first regularly stationed Episcopal clergyman in Wyoming was Chaplain William Vaux. He was appointed to Fort Laramie in 1849 and served at that post until 1862. After William Vaux, several other Episcopal clergymen came to Wyoming as a part of a military unit or were stationed at forts in the western territories. Reverend Thomas J. Ferril came with the Sixteenth Kansas Cavalry and Reverend Edmond B. Tuttle was stationed at Fort A.D. Russell.

When the town of Riverton was being formed, Reverend John Roberts entered the drawing for the townsite. His number, 331, was drawn early and he was able to get the third lot from the corner of Seventh and Main on the north side of Main Street. At his new lot, Reverend John Roberts built a small frame church with some money that was donated by Mrs. Baird Sumner Cooper from Pennsylvania. St. James’ Episcopal Church was the first church built on the townsite. The building was finished in 1907 and Grace Sessions taught school at St. James’ Episcopal Church over the winter of 1907. Reverend Roberts held a service at St. James’ once a month until October 3rd, 1913. During Reverend Roberts’ time at St. James’ Episcopal Church, there was also a young student priest, named R.F. Philbrook, sent to Riverton by the Bishop of Wyoming in 1909. R.F. Philbrook was very popular and was even asked to officiate the wedding of Ethel Cram and Edgar Hurst during his time in Riverton. He refused the young couple at first because he was not officially ordained, but with the help of the Baptist Minister, Reverend Wiley, the young couple was able to be married by R.F. Philbrook. Reverend R.F. Philbrook served in Riverton until 1913.

After Reverend John Roberts and R.F. Philbrook left, the church did not have a reverend until 1915, when Reverend A.H. Watkins was transferred to St. James’ from Thermopolis. A small, brick rectory was built next to the church where Reverend Watkins lived until 1917. Also, during Reverend Watkins’ time in Riverton, the Bishop of Wyoming bought lots 1, 2, and 3, on the corner of Sixth and Park from Goyne Drummond. In 1917, ownership of these three lots was transferred to St. James’ Episcopal Church. In June of 1917, Francis E. Chipp was transferred to Riverton from Torrington. He served at the Church until April of 1922 when he retired.

In 1931, a church was built on the corner of Sixth and Park.The church was made of logs donated by Ricker Van Meter from the Wyoming Tie and Timber Company.The log church was consecrated in 1934.The old church on Main street was sold to I.D. Woodward and was moved to 710 East Adams to serve as a private residence.The lot the church was on was sold to Ben Laws for the expansion of his business.

From 1931 to 1944, several reverends served Riverton by making regular trips from other small towns in Wyoming to give services.The first, from 1931 to 1933, was Reverend Frederick M. Morris who made trips from Ethete.From 1934 to 1941, reverends from Lander traveled to Riverton to give sermons.The first reverend was Nelson L. Chowenhill who gave services from 1934 to 1937.Next, was Reverend Frederick C.H. Hurd who served from March 1938 to December 1939.Lastly, Reverend Zachery T. Vincent served from April 1940 to October 1941.After Reverend Zachery T. Vincent, J.E. Ellis briefly served St. James’ Episcopal Church from Riverton.Starting in April of 1942, Reverend W.H. Hurd served Riverton from Lander until he moved to Colorado in December of 1944.

The log church that was built in 1931 had to be abandoned because of dry rot in the supporting walls.The last service in the log church was held in November of 1973.While the new church was being built, services were held in Jewett Hall, which had been constructed in 1952.The new church was finished, and the consecration was held on December 1st, 1974.The church that was constructed in 1973 is the building in which St. James’ Episcopal Church is currently operating. 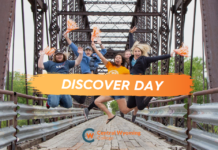 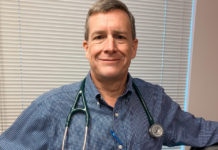 #Activate10: Do the Shamrock Shuffle with CDS – Virtual 5K