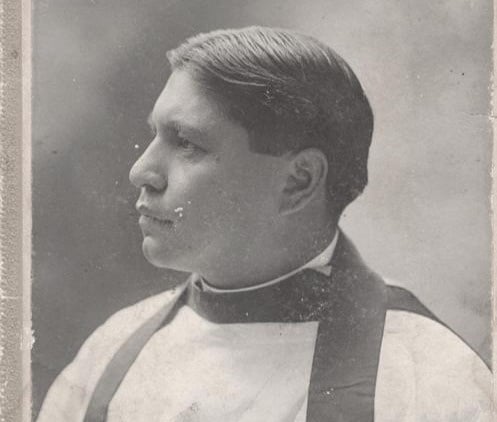 A County 10 series in partnership with the Fremont County Museum System
where we take a #Lookback at the stories and history of our community.
Presented by Mick Pryor, Financial Advisor with Edward Jones.

In the Spring of 1870, when Sherman Coolidge was only 7 or 8 years old, he was taken to Camp Brown in protective custody. Young Doa-che we-a or Runs on Top as he was known to the Arapaho had just witnessed an attack by Shoshone warriors on his band as they were camped along the Big Popo Agie River in what is now Lander. He saw an elderly man bludgeoned to death as the old man begged for his life, and he himself was taken captive and listened as the attackers debated if he was old enough to kill. A Shoshone scout, Quinten Quay working for the military arrived and argued to save the boy’s life. Military officers arrived and took the boy and his brothers to the safety of Camp Brown. The boys’ mother, Ba-ahnoce or Turtle woman, came to retrieve her sons from the camp. She had just recently been widowed. Her husband, Banasda or Big Heart was killed defending his family in an earlier attack by Bannock warriors who were stealing horses. In desperation, the young mother agreed to leave her sons at the camp under the care of two officers and Dr. Shapleigh, the camp surgeon. Try and imagine how Do-che we-a felt as he watched his mother leaving without him or how his mother felt leaving her sons with strangers.

Dr. Shapleigh renamed the boy William Tecumseh Sherman after the Union General who laid siege to Atlanta during the Civil War. In May of 1870, Lt. Charles Austin Coolidge visited Camp Brown. The Lieutenant and his wife, Sofie were a very religious and patriotic couple, but they were childless. They adopted the young boy and took him to Manhattan where he was baptized at the Grace Episcopal Church and renamed him Sherman Coolidge. They sent their new son to a segregated school for African American Children for his early education.

The Coolidge family returned to Montana Territory in 1873, and Sherman attended the post school. After Custer was defeated at the Battle of Little Bighorn Lt. Coolidge’s unit was assigned to burial duty. It is likely Sherman helped to bury the dead.

Thinking their son might make a military career, Sherman’s parents sent their son to Shattuck Military School, a church affiliated academy, but upon graduation, Sherman wanted to pursue missionary work among his Native relatives. He attended Seabury Divinity School and became a deacon in the Episcopal Church. Sherman arrived on the Wind River Reservation by stage in October of 1884, and to his surprise was greeted by a host of relatives including his now blind mother, Ba-ahnoce who threw herself into her long- lost son’s arms. The Arapaho called him Arapaho Whiteman. Sherman’s other relatives included his uncle, Sharp Nose, and his cousin, Black Coal both who served as Arapaho Chiefs.

Coolidge spent 26 years working alongside Reverend John Roberts. He served as a teacher, priest, government official, and mediator. Coolidge thought Native Americans should abandon their own culture and assimilation into the dominant European culture. He supported the Dawes Act that would divide the reservation into individual allotments with the purpose of encouraging farming and destroying tribalism. Coolidge also supported the sale of the Hot Spring located in what is now Thermopolis. His views made him unpopular with many Arapaho who did not wish to assimilate. Animosity grew between the Native Americans and the Bureau of Indian Affairs and the Episcopal Church. Even Reverend Roberts feared for his family’s safety. To encourage assimilation, the Bureau of Indian Affairs forbid the performance of the Sundance which enraged the Arapaho.

Coolidge met Grace Darling Wetherbee, a young socialite from New York with an interest in missionary work. They were married in October of 1902 by Rev. Roberts. The society paper headline read, “Society Girl’s Heart and Hand captured by an Indian.” They made their home on the reservation. When Grace inherited her family fortune the Coolidge’s finances improved which allowed for other pursuits.

The Coolidges’ left the reservation in 1911. Sherman was an eloquent speaker with a quick wit which made him popular on the lecture circuit. When one audience member told Coolidge, his family had been on the Mayflower, Coolidge quipped his relatives made up the reception committee. His talks raised much-needed funds for missionary work among the Native Americans. Grace wrote a book, Teepee Neighbors about her life on the reservation. We still carry copies of her book at the Pioneer Museum. Coolidge started the Society of American Indians in 1911 which advocated for Native Americans to assimilate into American Culture. Coolidge continued missionary work with Arapaho in Oklahoma and later settled in Colorado Springs. He died in 1932 and is buried in Colorado Springs. 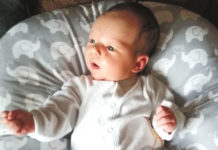 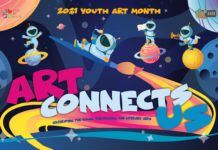 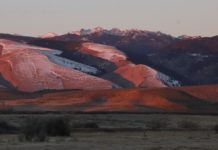