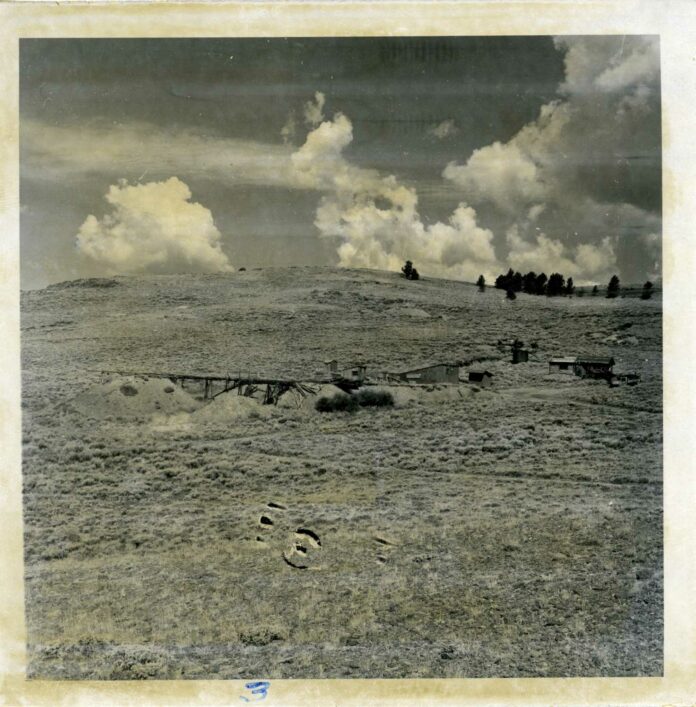 Like so many other early Wyoming settlers, James McAvoy originally came to Wyoming to work on the railroad.  He had been born in Ohio in 1842 the eldest of 12 children.  He attended Wesleyan University for a year, but dropped out when the Civil War started to help on a friend’s farm when his friend enlisted in the Union Army. When the war was over, he taught school for several years and worked as a traveling salesman in the summers. He studied medicine for a year and worked as a tumbler for Barnum’s circus, before signing on with a contractor working for the Union Pacific Railroad which brought him to Wyoming in 1868.

When his contract was finished in 1869, he moved to South Pass to try his hand at mining.

Soon after, McAvoy moved to the Wind River Valley and worked to construct the Shoshone Indian Agency.  He built the first steam-powered sawmill in the area and turned out lumber to build the Agency.  Next he tried freighting goods to and from Camp Stambaugh up by Miner’s Delight.

In 1873, he partnered with John Reid in a farming venture on Willow Creek south of Lander. Reid and McAvoy had hoped to raise potatoes to supply the miners on South Pass, but after one successful year grasshoppers ate their crop for the next two years.  McAvoy then built a sawmill in the area and did some freighting until 1884 when Fremont County was organized and he was elected the County Clerk. A job he held for six successive terms.  In 1895 he started prospecting on the Snake and the Green Rivers.

He was appointed to be Lander’s postmaster in 1897 and held that position until 1903.

McAvoy died in October of 1910.  He had amassed a considerable fortune in mining properties up at South Pass and oil properties in the area of Dallas dome. His wife preceded him in death and evidently they left no children.  His estate was inherited by his brother and sister in Iowa.

December 2022-October 2023 at the Pioneer Museum, “Wind River Memories: Artists of the Lander Valley and Beyond” art exhibition

Photo: The Midas mine patented by James McAvoy