Expected snowfall amounts for the 10 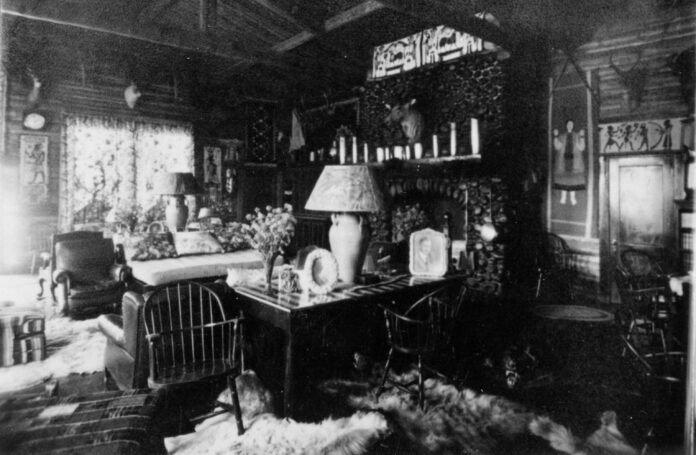 Richard Dennison, born and raised in New York, was the heir to the Dennison Paper Company. However, rumor has it that he was the “black sheep” of the family, so to remove him from the business he was given a considerable allowance and told to occupy himself elsewhere. Elsewhere ended up being Wyoming, more specifically Dubois, and Dennison occupied himself by building a large guest ranch on Bear Creek. When completed in the early 1930s, after ten years of construction, the ranch consisted of a rustic log lodge, living quarters for the workers, and three large barns for the registered dairy cattle and breeding horses.

Known as the Dennison Place, it was lavishly decorated. Glass, furniture, and decorations arrived by the wagon load from the east coast via the train depot in Riverton. The main hall in the lodge was decorated with mounted animals hunted in Africa, twin grand pianos, and overstuffed couches. The fireplace was large enough for a grown man to stand in. Elaborate tapestries covered the walls of the guest rooms, and each bed’s headboard was uniquely painted to represent everything from peacocks to covered wagons. Butlers from Denver saw to the needs of each guest, no matter how minute.

It was the hub of entertainment for the area’s inhabitants and was the first dude ranch in the East Fork Valley. It commanded the large sum of $125 per week for guests, but guests to the ranch could afford it as they were known to include members of the Dupont family and movie star Clark Gable. According to the story, Gable once offered Dennison $1 million for the ranch, but Dennison turned him down claiming that the buildings alone cost more than that!

Dennison passed away September 27, 1939, and the ranch was left to his sister. But she and her husband were not fond of the west and did not like owning the ranch. They tried to sell it, but it was eventually put up for auction to pay back taxes on June 5, 1943. The ranch was sold and dismantled – the lumber from one barn was used to build a home in Dubois while another barn was moved to the Thunderhead Ranch where it remains in use. The main lodge itself was moved next to the Dubois Museum in 1999 where it stands to this day.

Aug 14, 10 am at the Pioneer Museum, “Miner’s Delight Adventure Trek”