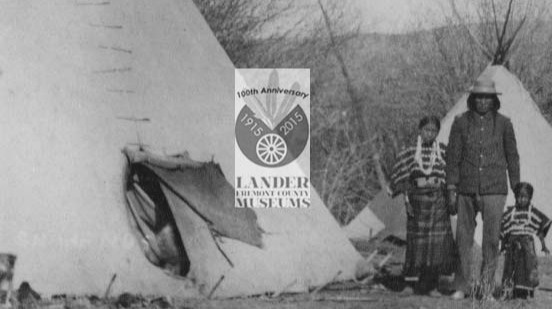 Carlisle Indian Industrial School, the first boarding school for Native Americans in the United States, was located in Carlisle, Pennsylvania far from the homes of the children it served. Arapaho and Shoshone students from the Wind River Reservation were sent there and to other boarding schools for their education. Carlisle was established in 1879 and closed in 1918 and became a model for other boarding schools for Native American children across the country. It was a project envisioned by Richard Henry Platt, who had been an Indian fighter during the Plains Indian Wars. It was an experiment in the assimilation of the Native Americans into White culture.Today, its methods are considered cultural genocide. In a speech Platt gave, Platt advocated for “killing the Indian to save the man.” He planned to achieve his goal by taking Native American children from their families and indoctrinating them in White culture. His first 49 students were recruited from the Sioux reservation, but within a few years, Native American children from 140 tribal nations were sent to Carlisle Indian Industrial School including children from the Wind River Reservation.

Frequently, children of chiefs were selected to ensure their parent’s good behavior and in the hope, they would become future leaders of their people, Carlisle Pennsylvania was a seven-day train journey from the Wind River Reservation. This distance would disconnect the children from their families and their culture. Several boys from the Northern Arapaho nation arrived at Carlisle on March 11, 1881. Three of the boys died at Carlisle within three years of their arrival. Their names were Little Chief, the oldest son of Chief Sharp Nose, Little Plume, son of Chief Friday, and Horse. The boys were between 11 and 14 years of age. Upon their arrival at Carlisle the boys’ long hair was cut short; their native clothes and blankets were taken away, and they were given military uniforms to wear. Girls were dressed in the Victorian style of the day. They were punished for speaking their native tongue. New names were chosen for the boys. Little Chief became Dickens Nor. Horse became Horace Washington, and Little Plume became Hayes Vanderbilt Friday. Within three years all three boys had succumbed to disease and malnutrition. Tuberculosis, measles, influenza, and pneumonia took their toll on the students of Carlisle. Chronically ill students were frequently sent home to their families, so their deaths would not be recorded as having occurred at Carlisle, but a cemetery on the grounds of Carlisle contained the graves of 186 students from many tribes including these three Arapaho children.

The curriculum at Carlisle included reading, writing, arithmetic, and geography in the morning and students learned a trade in the afternoon. During summer breaks instead of going home for visits, the children were frequently placed on farms to do agricultural work. Until 1924, Native Americans were legally wards of the US government and as such had little control of their own lives and the lives of their children, so when the government demanded native children be sent to boarding schools far from their homes the parents had few rights to refuse.

Sharp Nose dictated a letter to Richard Platt, head of the Carlisle School after Little Chief was taken to Carlisle. In it he said, “We give our children to the government to do as they think fitin teaching them the right way, hoping that the officers will after a while permit us to go and see them.” The children were missed and not forgotten.

Sept 3, Noon at the Riverton Museum, “Jim Bridger: Trailblazer of the American West” by Jerry Enzler