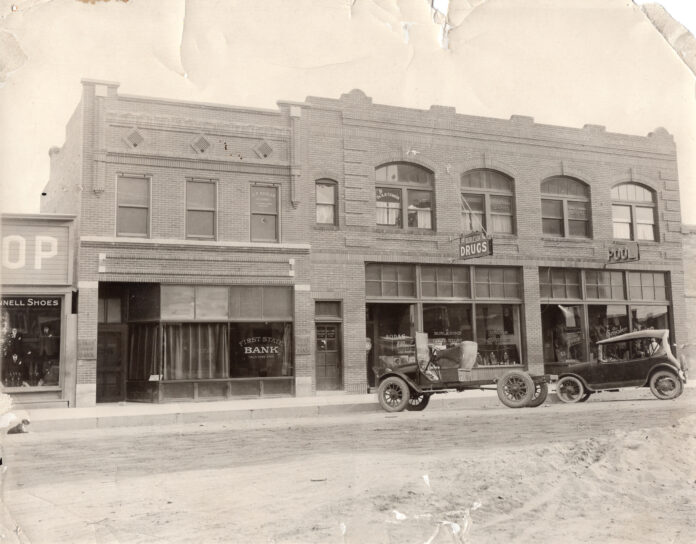 In the United States, retail pharmacies, which were originally called apothecary shops, have been operating in the United States since the late 1700s. In 1792, Christopher Marshall, an Irish immigrant, opened an apothecary ship in Philadelphia. His shop is considered one of the first pharmacies in the United States. In 1816, Louis Dufhillo, Jr. of New Orleans, Louisiana, became the first fully licensed pharmacist in the United States. He opened his own apothecary shop where he sold medicine and voodoo potions. As time passed, and more training and licensing was required, apothecary ships went by the wayside and pharmacies took over as the primary dispensary of retail medicine. The difference between the two shops is that an apothecary is a person who makes and sells medicines and remedies. A pharmacist is a licensed professional who dispenses and sells prescription medications. In 1852, the American Pharmaceutical Association, now known as the American Pharmacists Association, was founded which began the evolution of the industry into the profession it is today.

Ira Burleson opened the Burleson’s Drugstore in 1915, at the 300 block of East Main Street. Burleson’s was one of the oldest drugstores in the state of Wyoming, holding pharmacy license number seven. In its heyday, Burleson’s was not only the local pharmacy, but was also known as “the place to be” in reputation for quality malts and delicious soda fountain treats. In 1927, Ira moved the store across the street to the storefront next to the Acme Theater. In 1932, Ira and his son Bob Burleson formed a partnership that would last until Ira’s death in 1949.

For many years, carbonated water was viewed as a health drink. Because of this, many of the first soda shops were situated in drugstores and were closely linked with pharmacies. Long- standing favorites like ginger ale and root beer were initially prized for their medicinal qualities. Pharmacists initially used sweet-tasting soda flavors to mask the taste of bitter medicines, like quinine and iron, as most medication was taken in liquid form during this era. Many pharmaceutical tinctures and tonics were mixed with alcohol, which made the flavor enticing or repulsive, depending on personal taste. During
the early 1900s and 1910s, many of the elixirs and tonics mixed at pharmacies contained as much alcohol as a shot of whiskey.

Alcohol wasn’t the only questionable thing going into the mixtures at the drugstore. Prior to the Pure Food and Drug Act of 1906, there were few legal restrictions on what could be put into soda-fountain beverages. Many customers came to soda fountains early in the morning to get a refreshing and “healthy” beverage to start their day off right. Pharmacists were soon making soda mixtures with stronger drugs known as nervines, a category that included morphine, opium, heroin, and a new “miracle compound” called cocaine, which was first isolated in 1855. Many recipes suggest it was about 0.01 grams of cocaine used in a single fountain soda. While it is unlikely that this would have given anyone an “elevated high”, these small dosages were still most likely habit-forming. Soda fountains
profited from such consistent customers until opiates were banned from over the counter products in 1914.

Drugstores also began to offer ice cream drinks, like shakes and malts to mask medicine flavors. More treats, like sundaes and floats, were added to the menu, which also expanded the soda fountain clientele. In 1919, drugstores with soda fountains got a boost as bars closed for prohibition and people needed a place to socialize. The counter at Burleson’s Drugstore was a popular place for locals to sit and socialize with friends. However, by the end of the 1920s, more soda was being sold in bottles than served at fountains. Over the next decade as America’s car culture grew, roadside stands, such as the original Dairy Queen, started opening up. The glory days of the soda fountain counters lasted until the
1960s, but they can still occasionally be found and enjoyed across the country as a novelty of days gone by.

While Ira Burleson was a licensed pharmacist, the Burleson’s Drugstore sold more than just medicine. Pharmacies focused solely on the dispensing and selling of prescription medications, but a drugstore was more like our modern day convenience store. Just like Walgreens and Rite Aid, early drugstores sold cosmetics, hair dyes, shampoos, and even cigars. Up until the 1950s, many pharmacies and drugstores were also known for having a scale for customers to weigh themselves. These were called penny scales and were stationed at a prominent location in the store. For only one penny, young and old patrons would use the scale to keep track of weight. Penny scales were very popular and would
earn the owner a nice profit if placed in a high traffic area. Penny scales eventually went out of style once smaller, home bathroom scales became more common in the late 1900s.

In 1957, Bob Burleson and his wife Marion moved the business to its final location on Broadway Street. Bob continued to own and operate the business until it closed in 1979, after 64 years in business.

October 2- November 15, 9-5 at the Pioneer Museum, “Grounded: A Contemporary
Exhibition of Art from Northern Plains Tribes”

The Wind River Cultural Centers Foundation has been created to specifically benefit
The Dubois Museum, the Pioneer Museum in Lander and the Riverton Museum.  The
WRCCF will help deliver the long term financial support our museums need to flourish.
In the current economic environment, the museums are more reliant than ever on
donations from the private sector to continue to provide the quality programs, collections
management, exhibits and services that have become their hallmark over the last four
years.  Please make your tax deductible contribution to be used specifically for the
benefit of the museum of your choosing by sending a check to Wind River Cultural

Centers Foundation at PO Box 1863 Lander, WY 82520 or taking it directly to the
museum you choose to support.

Drive-thru Flu and Covid Vaccine Clinic every Wednesday in October

This week’s #listed features a family friendly home in a great neighborhood!