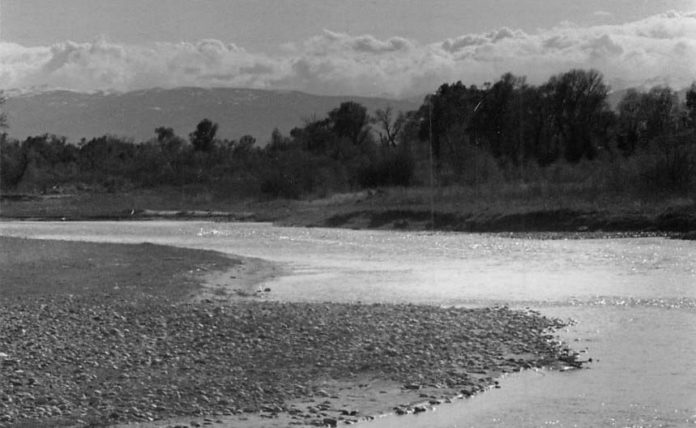 A County 10 series in partnership with the Fremont County Museum System where we take a #Lookback at the stories and history of our community and presented
byMick Pryor, Financial Advisor with Edward Jones.

A “Rocky Mountain Rendezvous” is fur trapper jargon used to describe an annual gathering at a specific location held by a fur trading company.At this gathering, mountain men, Native Americans, and other travelers would eat, drink, and socialize together while trading furs and purchasing needed supplies.James Beckwourth, a mixed-race mountain man, described a rendezvous as follows:

“It may well be supposed that the arrival of such a vast amount of luxuries from the East did not pass off without a general celebration.Mirth, song, dancing, shooting, trading, running, jumping, singing, racing, target-shooting, yarns, frolic, with all sorts of extravagances that white men or Indians could invent were freely indulged in.The unpacking of medicine water contributed not a little to the heightening of our festivities.”

The first rendezvous was held in July 1825, on Henry’s Fork of the Green River.A company eventually known as the Rocky Mountain Fur Company was formed by William Henry Ashley and Andrew Henry for this rendezvous.This company would eventually become known as the Rocky Mountain Fur Company. Ashley stated that about 120 men assembled at the rendezvous in two camps about 20 miles apart at the designated rendezvous spot.As the furs were being floated down the Missouri River on boats, William Henry Ashley began a partnership with Jedediah Smith to replace his original partner Andrew Henry who was quitting the mountain life.

The next rendezvous was held near Cove, Utah in 1826.After leaving the rendezvous near Cove, Utah, William Henry Ashley sold his shares of the company to David Jackson and William Sublette.Next, the 1827 and the 1828 rendezvous were held at Bear Lake near Laketown, Utah.In 1829, the first rendezvous to be held east of the Continental Divide was located on the Popo Agie north Lander.There a small group of mountain men traded with William Sublette who had brought the supplies from St. Louis.After the rendezvous near Lander, Sublette traveled to Jackson Hole over the Togwotee Pass.From Jackson Hole, he went over the Teton Pass into Pierre’s Hole in Idaho.At Pierre’s Hole, Sublette met with his partners David Jackson and Jedediah Smith who were traveling from Fort Vancouver.After meeting with his partners, a second rendezvous was held in 1829 in Pierre’s Hole.

In 1830, a supply caravan, led by William Sublette left St. Louis on April 10thand arrived in the Wind River Basin near Riverton, Wyoming, on July 16th.At this rendezvous, Sublette and his partners collected one hundred and seventy packs of furs valued at 84,499 dollars.Even though this was the most profitable year for the partners, they were concerned about the future of the fur trade.As a result, Jedediah Smith, David Jackson, and William Sublette sold their interest in the company.They sold their interest to Thomas Fitzpatrick, James Bridger, Milton Sublette, Henry Fraeb, and Jean Gervais.At this point, the company began to be called which was renamed to the Rocky Mountain Fur Company.

The rendezvous did not return to the Wind River Basin, near Riverton, Wyoming, until 1838.The supply caravan for the rendezvous, which left Westport, Missouri in early April, was led by Andrew Drips.The caravan was accompanied by a group of missionaries including William H. Gray, Elkanah Walker, Cushing Eells, Asa B. Smith, and their wives.Two other notable travelers with the caravan were Sir William Drummond Stewart who was making his last trip into the mountains and Johan Augustus Sutter who would later build Fort Sutter in California where gold was later discovered.

The supply caravan arrived at Fort William on May 30th, 1838.At the fort, Moses “Black” Harris was sent ahead to inform trappers that the location for the rendezvous was moved.The rendezvous was originally scheduled to be held at the site on Green River near Daniel, Wyoming.The location was changed by the American Fur Company due to competition from other fur trading companies including the Hudson’s Bay Company.Moses Harris went to the site at Green River and scrawled a message in charcoal on the door of a rundown log structure.The message read: “Come to Popoasia on Wind River and you will find plenty of trade, whiskey, and white women.” The supply train arrived at the Wind River Basin on June 23rd.Eventually, all the interested parties learned through the grapevine of the new rendezvous location and were able to attend including the Hudson’s Bay Company.After the conclusion of the rendezvous in 1838, the missionaries continued west with the Hudson’s Bay Company.

The prices at 1838 rendezvous were high and credit was not being offered to any trappers by the fur trade companies.There were even reports of trappers stealing desperately needed supplies.By the end of the rendezvous, trappers were not even certain that there would be a rendezvous in 1839.However, there were two more rendezvous held at Green River in 1839 and 1840. 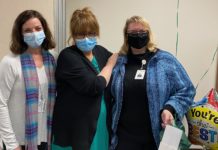 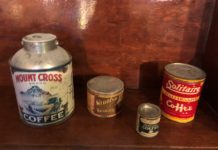 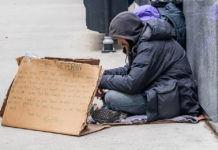