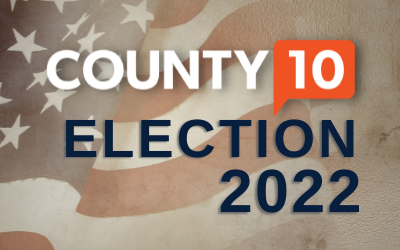 Voter turnout in Fremont County was up by almost 20 percent this year compared to the last nonpresidential primary election, local officials said this week.

Turnout this year was also higher than in the 2020 presidential primary, which drew 10,675 local voters, she added.

“Usually, in a presidential year, our primary (turnout) is up,” Freese said. “(But) we were up 12.5 percent over that … Either way, we were over what a normal primary is for us.”

She guessed that there were “some pivotal races that people were following” that motivated them to show up at the polls this month.

The “questions” and “concerns” that arose after the 2020 election probably “played a lot into that,” too, she said – and “there was a big push for the crossover voting for Cheney.”

Two days before the election, Freese said about 800 former Democrats had already registered as Republicans in Fremont County.

Then, on Election Day itself, Freese said about 1,720 people made changes to their registration information – a “huge” number – and more than 590 “brand-new” voters registered at the polls.

“I think Cheney was one of the big issues either way,” Freese said. “You did want to vote for her, or you didn’t.”

The state also recorded “the most ballots cast ever in a primary election in the history of Wyoming,” he told the legislature’s Corporations, Elections and Political Subdivisions Committee during a meeting this month.

“The registered voters we had just prior to the election is the most registered voters we’ve had before an election in the history of any Wyoming election, including generals,” he said. “So there was quite a bit of attention (with) national coverage and all eyes on Wyoming. … People came out to the polls, and the voters certainly were heard.”