Lander Valley soccer sweeps the Keeper of the Gold matches 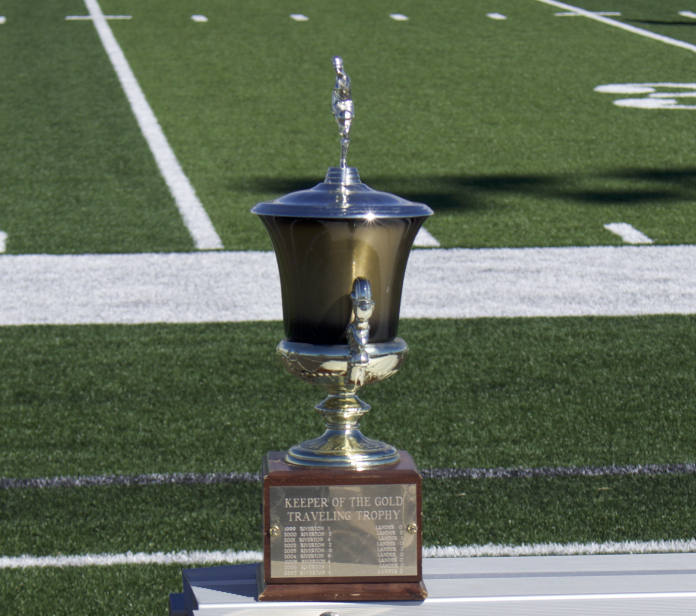 (Fremont County, WY) – After a postponement pushed the games back one day, Lander and Riverton would square off in Fremont County rivalry soccer. The winner would have bragging rights and have the “Keeper of the Gold” traveling trophy.

In the first half of the girls contest, both teams would manage to put one in the nets. The second half was a different story. It was all be Lander, putting up three goals and when the horns sounded, the final score was 4-1.

The boys was all about the Lander Tigers. Lander captured six goals in the first half alone. Lander defeated Riverton 7-0 completing the sweep for Lander soccer this season.

Both Fremont County teams will be on the road to end the week. Lander will be in Powell tomorrow. For the boys, it’s will be a top five match-up according to recent WyoPreps.com polls. Riverton travels east to Torrington to face off against the Trailblazers.