(Lander, WY) – Several fires occurred across Fremont County this past weekend. Lander Rural Firefighters responded to a total of 6 calls on March 7th – 5 paged alarms for service happened within a three-hour period.

“We would like to remind the public we have had a dry winter with very little moisture,” shared LRF. “We are seeing elevated fire weather early this year and conditions can change rapidly.”

If you are planning an agricultural burn please follow these steps to avoid your burn becoming out of control:

At approximately 12:20 Lander Rural was dispatched for a grass fire in the Baldwin
Creek area. Upon arrival crews found a three acre grass fire burning in grass and sage, the fire was burning away from nearby structures. Lander Rural requested mutual aid from Hudson fire and Lander City Fire, a total of 10 pieces of apparatus and 20 firefighters responded to the incident. During the incident, one firefighter was treated and released from the hospital for minor injuries. There were no other injuries reported. The cause of this fire was a controlled burn that got out of control. Units were on scene for approximately 2 hours, before being called to two more grass fires at the same time.

At approximately 7:20 pm Lander Rural and Lander City Fire Departments were dispatched to the 1100 block of North 2nd street for a reported Structure Fire. Upon arrival, crews found a single family dwelling partially involved in fire. Crews from Lander City and Lander Rural made an aggressive interior attack stopping the forward progression of the fire. By doing so they limited property damage and left the rest of the structure with moderate smoke and heat damage. 25 Firefighters and 8 pieces of apparatus responded to the incident, from Lander Rural, Lander City and Battalion One. Units were on scene for approximately two and a half hours, the cause is under investigation by the Wyoming Fire Marshal’s office. We would like to thank our mutual aid departments for their assistance, Lander Rural was also assisted by AMR ambulance, FCSO and LPD.

County 10 received several questions about two fires that were reported right off of 789. Lander Rural shared the following information about them:

One of the calls was for two small grass fires on Snavley Lane. They were put out prior to the fire department’s arrival by passersby.

The other incident by Country Garden Lane is under investigation. It was approximately two acres in size. Lander Rural assisted Hudson Fire and they were on scene for approximately an hour. 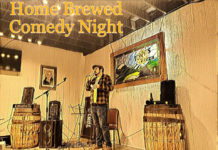 #Activate10: Local comedians to use monthly show at Tony’s Pizza as... 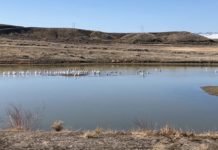 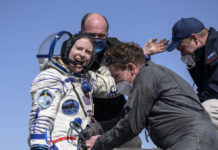