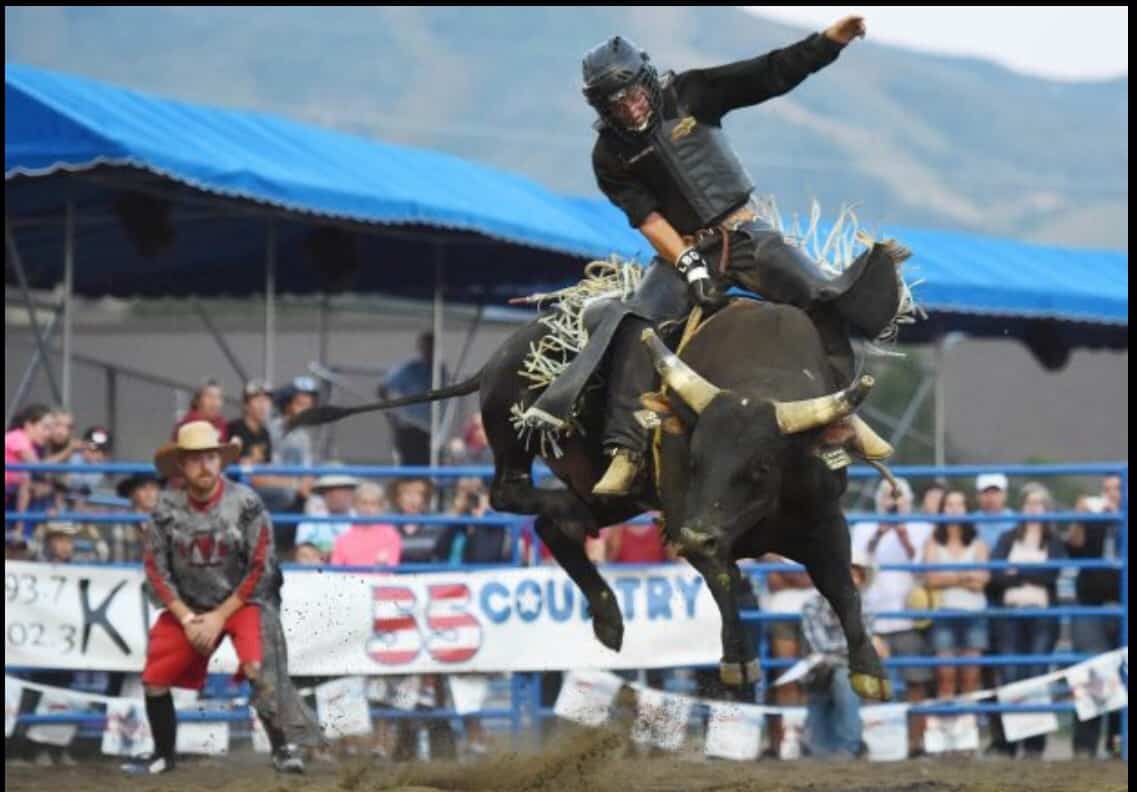 Tim O’Neal explained the process of having their stock selected for the event, “We have been involved in high school and Jr high rodeo for several years, both having children who contested and contracting stock for statewide events. The NHSFR has been in Wyoming the last three years. The contract for stock is put out for bid every year. We were chosen two years ago as a subcontractor and ended up being selected again last year. After seeing the caliber of stock we have and bring to events, we were selected this year, along with Summit Pro Rodeo, to bring the championship round bulls.”

O’Neal continued to explain the process of raising bulls to become “good” rodeo animals, “Good rodeo bulls can be defined differently depending upon the caliber/ age of the rider. The highest caliber rider bulls would be defined as those that have a lot of rear and kick, fast spinning, highly intense and flashy. A good lower division bull could be defined as having jump and kick, slow spin, and timing for the rider. We have several different batches of bulls that we use for different caliber events. We currently have around 100 head of bucking bulls at the home place ranging from the mini bulls for the little kids to PBR/ PRCA level bulls.”

HOWL will supply bulls in 4 of the 13 performances, and have nearly half of the bulls in the championship round. The National High School Finals Rodeo began Sunday and continues through July 21st at the Sweetwater Events Complex. Over 1,500 contestants will take part in the activities.

Tim said having the rodeo in Wyoming has been helpful to both their business, and the state’s economy, “The NHSFR is very important to our business. This is the largest rodeo in the world with contestants from USA, Canada, and Australia/ New Zealand. College coaches are on site recruiting for the teams. Several professional committees are on site as well. Our stock is seen by people from around the world. I believe that having the NHSRA Finals in Wyoming has helped to promote rodeo here as well as provide a financial influx for local business, ie; fuel, food, lodging, shopping, etc.”

HOWL will also have many bulls featured in “The Timmy Challenge.” That bull riding event will be Friday, July 27th at the Lander Old Timer’s Arena. The event is in remembrance of Tim Packard, and promotes suicide and concussion awareness.