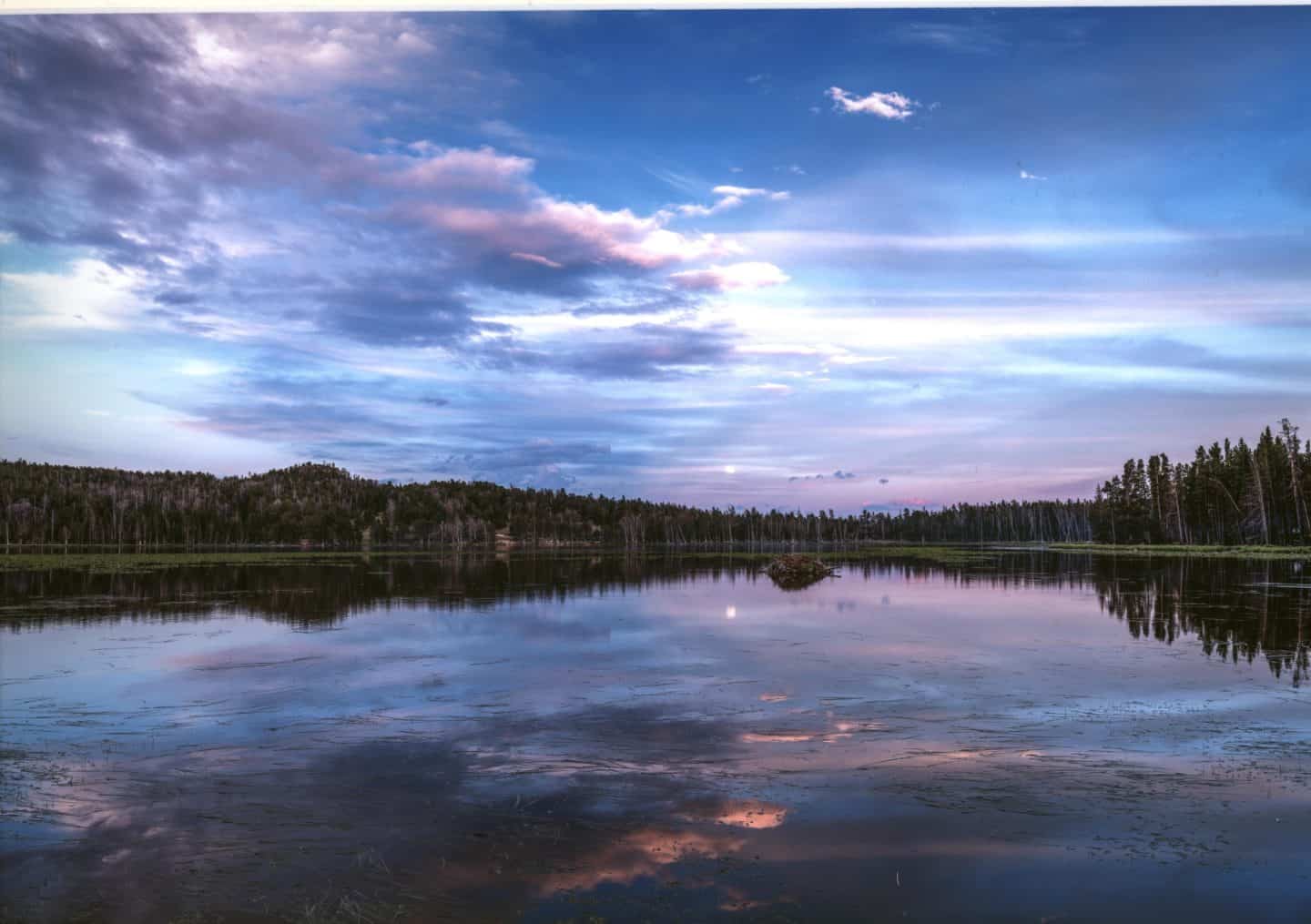 Snowy egret went up against moonrise, rocks in the river against wildflowers, and badgers against mountain lions in the 38th annual Sinks Canyon State Park Photo Contest. Dozens of photographers from around the county and state vied for ribbons and prizes in this year’s contest. According to park officials it was a very strong year, especially for wildlife and scenic shots.

The Best of Show prize was won by Lander photographer Bill Alley for his shot of a moon rising over Fiddler’s Lake. Alley won a $200 cash prize.

The winning photos will be on display through Labor Day at the Sinks Canyon Visitor Center. The winning pictures are on display panels, but visitors can see all of the photographs entered this year on the park’s 42 inch flat screen T.V. “This gives people a chance to view all of the great shots we get,” said Park Superintendent Jamie Simonson. “Many of the pictures that didn’t place could have easily won ribbons if we had them to give out!”

People coming to see the contest winners can vote for their favorite picture which will be given a People’s Choice ribbon on Labor Day.

In the flora category Garhart Stephenson won first for a shot of pink and yellow flowers in Atlantic Canyon. Gina Herbert won 2nd and $60.00 for a shot of wildlfowers against a fenceline. Gina Hebert also won third and $40.00 for her shot of the sun setting through the trees.

The wildlife category first place was awarded to Gene Schmidt of Lander for a picture of a Snowy Egret on the Popo Agie. Second also went to Gene Schimdt for a shot of baby foxes at play, and third went to Mindy Clancy for her shot of a mountain lion.

In the Scenic category Matt Myers won first with a shot of a storm over a lake. Second place in scenic went to Garhart Stephenson for a flower scene in Cyclone Pass. Third was won by Bill Alley for a colorful Wind River Sunset.

“We really appreciate the time and effort people take with their photos,” said park employee Darrel Trembly. “This contest is a great way to get people involved with the park and show off the talent of our local photographers. The artists are greatly contributing to our visitors and to the park.”