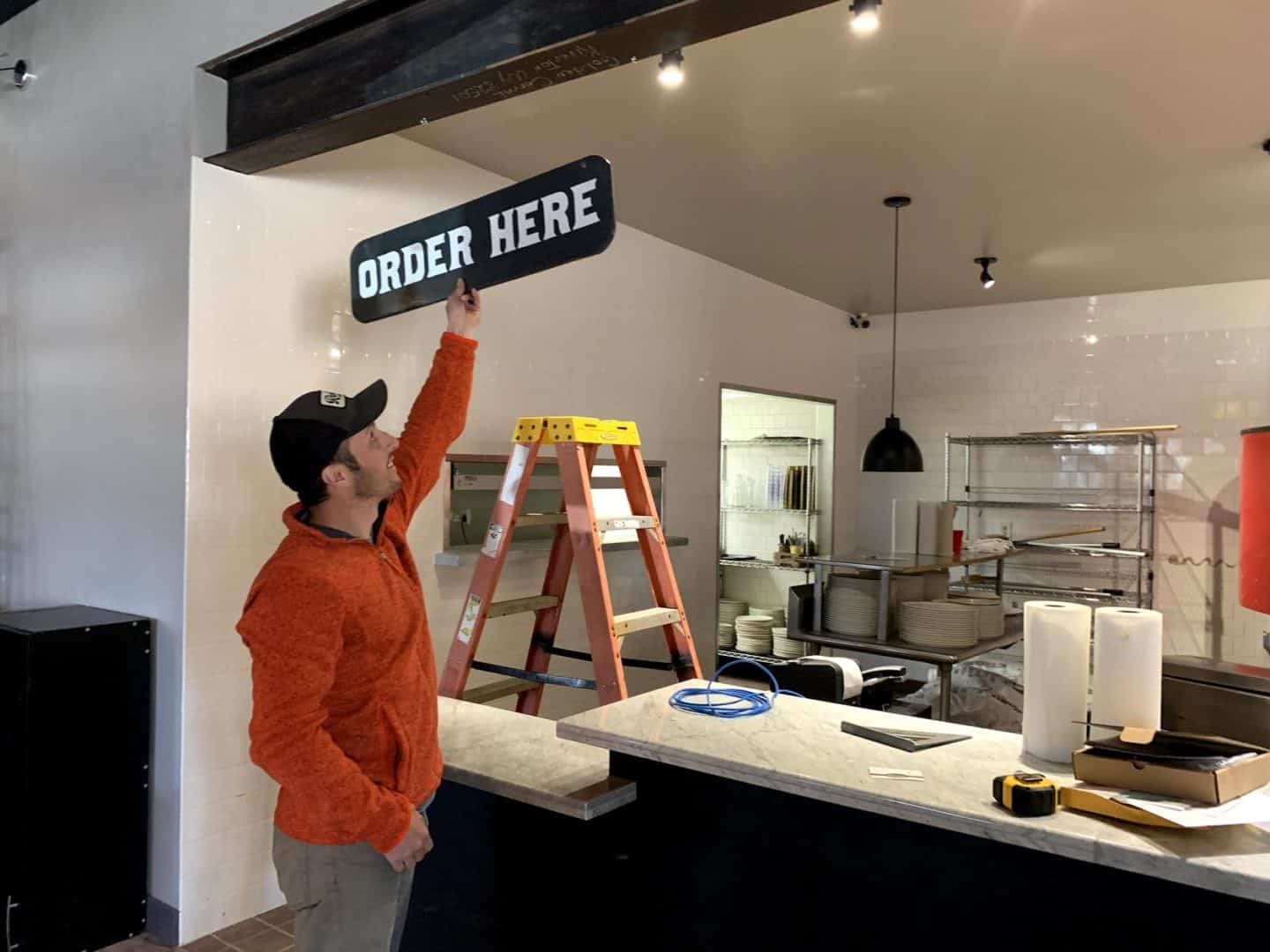 #localbiz, a new series from County 10, shares the stories of the local movers and shakers of our Fremont County economy.

With two Riverton restaurants closing their doors in April, a new option is welcome news. After months of speculation, the finishing touches are going into the “Rusty Truck” at 400 N Federal Blvd.

The owner, Kyle Vassilopoulos knows a thing or two about running a successful eatery. He owns an entire block of food-options on Lander’s Main Street in what’s known as the “Coulter Block,” between 1st and 2nd Streets.

The Gannett Grill, Cowfish, Lander Brewing Company, Lander Bar, and the Scream Shack, some of Lander’s most popular choices operate under Kyle’s leadership.

Kyle is now expanding 24 miles away, in Riverton. The Rusty Truck will open this summer. Last week, County 10 got a sneak peek.

It’s a building that has of late, been a bit of a revolving door. The space was a Golden Corral location for several years. Since then, it’s been a Cajun food restaurant, a Mexican food restaurant, a buffet and bar, and even an off-track horse race betting location.

Without giving away all the Rusty Truck’s secrets, we can tell you that patrons can expect a more open concept space than in the past. The main dining area is open to the “order here” counter, which is open to the kitchen. Customers will be able to watch their food cooked up, including a great view off the wood-fired pizza oven.

A second dining area is on the east side of the building, facing Federal Boulevard. Here you can open garage door style windows for some fresh air while you eat.

In the middle of the two dining areas is a walk-up window. This will be home to the “Sugar Shack,” an ice cream/dessert shop. Customers can access the sweets both inside the restaurant and via the walk-up window on the outside of the building.

The bar area is on the west side of the building. It features two pool tables, tv’s, and a wooden bar surface made with local douglas fir from the South Pass-area.

Vassilopoulos said his vision for the new building is, “quality food, but at an affordable price.” He told County 10 that the restaurant will be fast-casual style. Customers will order at a counter (much like the Gannett Grill in Lander). After you order, a server will bring food out to your table. He said this style increases the speed of orders getting to tables and helps keep the food price-point lower.

Wood-fired pizza will be a central item on the menu, but they’ll have a variety of staples to offer like burgers and salads. They’ll also serve some hearty entrees like steaks and ribs.

Lander Brewing Company beer and some domestic favorites will be on tap, along with a rotating selection of other brews. A full bar is also stocked for mixed drinks and specialty cocktails.

The building also boasts locally-made artwork. Most of the art pieces are within the “rusty truck” theme, including some decor that actually features pieces of, well, a rusty truck.

Vassilopolous told us he hopes to open in early summer, but that he wants to make sure things are perfect before the first customer comes through the door. Keep your eye on opening dates on their Facebook Page.