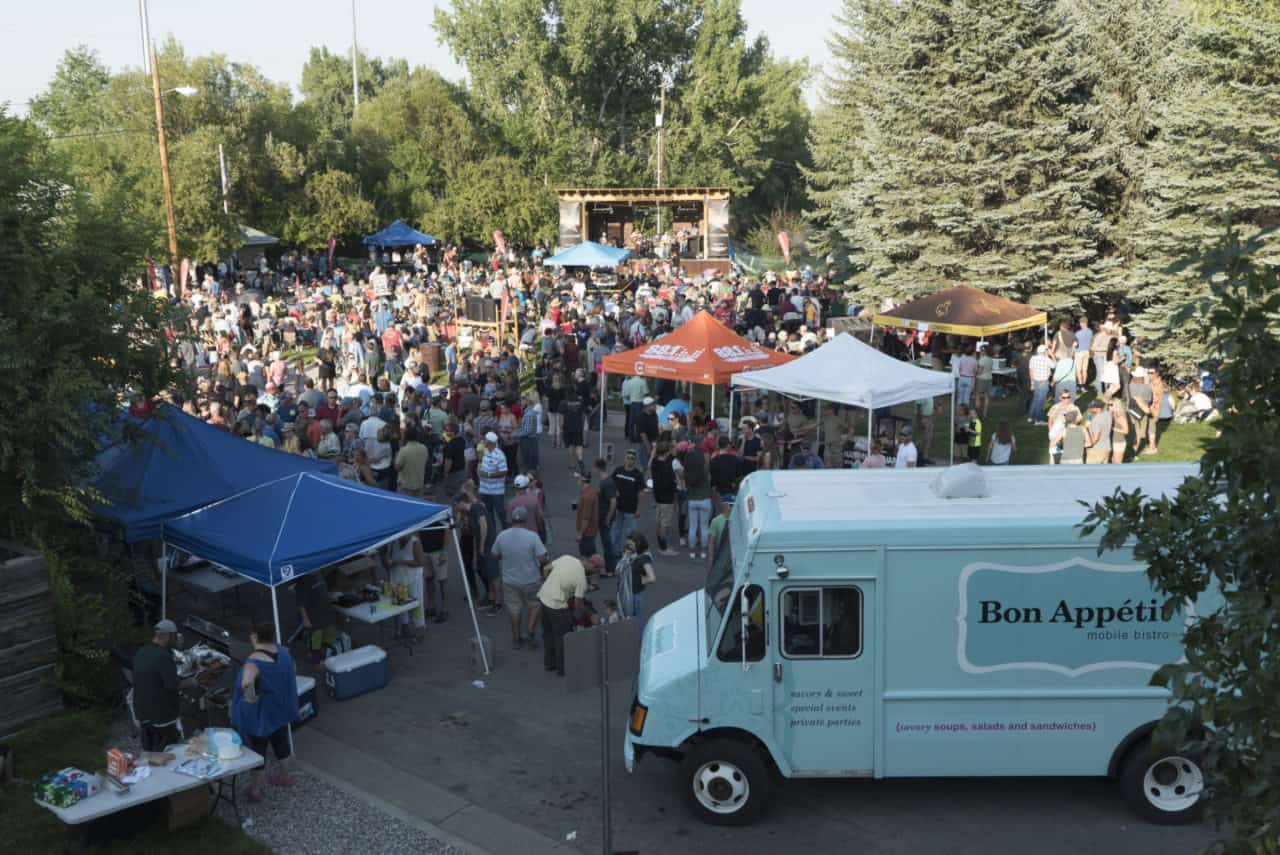 A packed lineup is scheduled for the Lander LIVE 2018 season, which kicks off next week in downtown Lander. Presented by Fremont Toyota and the Shoshone Rose Hotel and Casino, Lander LIVE will bring nationally touring headliner bands SUTSO, the Main Squeeze, Shovels and Rope and Futurebirds to town for a series of concerts in July and August.

The season kicks off July 19th with SUTSO, who’s bandleader and songsmith Justin Osborne’s lyrics bring a full picture into view, covering a mix of genres. Subsequent shows take place on Thursdays and will feature the Main Squeeze on July 26th, who’s deep musical roots sprouted in the Midwest will bring a powerful blend of funk, hip-hop and soul to the LIVE stage. Shovels and Rope, the award-winning South Carolina duo of Michael Trent and Cary Ann Hearst will perform August 9th, and Futurebirds will conclude the season on August 23th.

“Our concert series has grown each season,” said Dot Newton, Events Coordinator for the Lander Chamber of Commerce. “For a small town of less than 8,000 people, the musical talent we’re attracting is impressive. We’re capturing musicians on the heels of Red Rocks Amphitheater in Colorado and other national and international tours.” Newton adds, “ Because folks travel to see this level of talent, the size of the audience continues to exceed our expectations each concert as well, especially from out of town visitors.”

All shows are donation-supported, open to all-ages, and begin at 5:00pm with opening acts. Lander LIVE takes place at the Jaycee/Chamber Park Stage located at 1st and Main Street. In addition to music, local vendors will sell a variety of food and drink including locally brewed favorites from the Lander Brewing Company.

Each show offers a variety of music genres and highlights Wyoming-based artists. On July 19th, the Canyon Kids from Jackson Hole will open the night for SUTSO. Then on July 26th also from Jackson, Wyoming-based Sneaky Pete and the Secret Weapons will share their tunes as an opener for the Main Squeeze. August 9th opens with Whippoorwill, a duo of female singer-songwriters, before Shovels and Rope ramp up and are expected to get the whole town foot-stomping. Finally, on August 23rd the last concert will host an award ceremony for the Lander Community Foundation as they recognize over 40 area non-profits that participating in the 2018 Challenge for Charities fundraiser. The season will close with Bob Lefevre and the Already Gone from Laramie, WY, with a season-closing performance by the Futurebirds.

“People have asked how we are able to book this level of bands,” said Newton. She notes that the band booking process starts in October and takes months of planning and negotiation. She works closely with a volunteer in Lander, who is a music aficionado and unofficial booking agent.

“Together we considered over 100 bands for this year’s season,” said Newton. “It was really cool to have bands and agents approach us because they had heard such good things about Lander LIVE from both the previous performers and fans. Lander LIVE really helps to put our small community on the map through these big names.”

While the big band names have made the most press, Lander LIVE has also managed to keep the series on a donate-as-you-can level, thanks to sponsors, grants and donations. In June Lander LIVE was awarded grants from both the Wyoming Cultural Trust Fund and the Wyoming Arts Council that channels federal funds from the National Endowment for the Arts to Wyoming-based arts projects. The rest of the costs are offset by sponsors including platinum sponsors Fremont Toyota and Shoshone Rose Hotel and Casino, grants and donations raised by the community. Newton added that, “We still need to raise funds to offset the costs for the season.” She hopes that through at-door donations and beverage sales, Lander LIVE will make up the budget gap and be able to save a little to get the 2019 season started.

To help folks get to the Lander LIVE easily, the Shoshone Rose is offering shuttles from the west end of town to the venue. Folks can catch a shuttle from Baldwin Creek Road and Main Street at 4:45, 5:00 or 5:15pm on each concert night. A shuttle will return immediately at the close of the concerts.

In the meantime Lander is getting ready to host and enjoy these great artists for another fun season of Lander LIVE. Newton points out that, “Each concert night is made possible by volunteers, who team together to make this a true community event.” It takes about 40 volunteers each night to help bands move in, welcome the audience, pour beverages and cleanup at the closure of the night. “Volunteers are amazing,” said Newton. “We couldn’t do it without that support.”