Is the Stock Market Poised for a Crash? 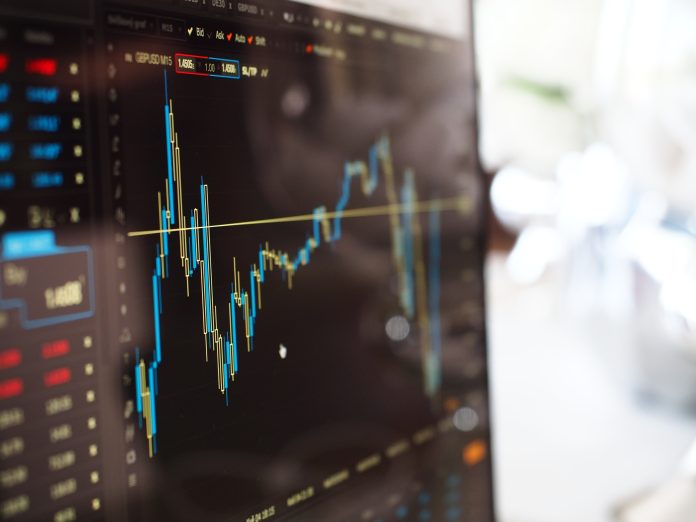 With the recent market pullback, investor concerns are starting to mount. To be sure, there is plenty to worry about—the Omicron wave, inflation, interest rates, and a potential war in Ukraine, just to name a few. Given all the things that could go wrong, is a stock market crash an inevitable outcome?

To help answer that question, we first need to consider where stock prices come from. From there, we can determine what would have to happen for some of the worst-case scenarios to become reality. And once we have that figured out? We can decide how realistic we think those events are (or not).

So, where exactly do stock prices come from? Here, there are two things that matter: earnings and how much investors will pay for those earnings (i.e., valuations).

Earnings. Earnings, of course, come from companies, which come from people working and spending. Right now, the job market is very healthy from an employee’s standpoint, with a shortage of workers and consequent pay increases, and that has helped keep consumer spending growing. From an employer’s perspective, of course, that is a cost. But that too has a good side, as businesses are selling a lot to those spenders and are being forced to invest since they can’t hire.

Between consumer spending and business investment, earnings are expected to keep rising through 2022. Other things being equal, the market responds to changes in earnings. If earnings go up, the markets rise. Given the way the economy is growing, it likely won’t be a drop in earnings that takes the market down this year.

Valuations. So, if a market drop will not be about earnings, then it has to be about valuations. Here, you can tell a pretty convincing story. As of this writing (January 24, 2022), stock prices for the S&P 500 companies are now at about 20 times the earnings expected in the next year. In 2007, just before the financial crisis, stocks were at about 15 times the next year’s expected earnings. If we revert to the 2007 valuation level, this would imply that another 25 percent drop in the market is possible from here. During the financial crisis itself, moreover, stocks dropped to a valuation level of about 10, which would imply another 50 percent decline from here. Using historical data, we can get to that 50 percent decline prediction.

But recent experience has been different. Valuations are tied to interest rates, and rates have been lower since the financial crisis—usually much lower. This has allowed stock valuations to drift higher. If we look at more recent data from Yardeni Research outside of the depths of crises (since, say 2013, when the post-financial crisis recovery really got going), we see something different. Here, the lowest valuation level is about 14 times, and most of the post-2016 data has been at 16 times or higher. Even the market collapse at the start of the pandemic bottomed out at about 14 times. In other words, with rates low, valuations have been sustainably much higher since the financial crisis.

If we take 14 as a bottom for valuations, that could imply another 30 percent downside from here. But that would require another serious systemic crisis, and the problems we have now don’t even begin to approach the ones we had then. If we take the more normal 16 times valuation as a bottom for normal worry levels, that could result in another 20 percent drop from here. As a reasonable worst case, absent another systemic crisis, this makes sense.

As of this writing (January 24, 2022), the S&P 500 is down a bit more than 10 percent from the all-time high. The Nasdaq is down a bit more, at almost 17 percent. These are meaningful drawbacks, and it makes sense to want to react. They are also, however, perfectly normal volatility, which we see in the markets pretty much every year. So far, at least, this is normal market behavior and a rational response to the very real risks we summarized at the start. With everything that is going on, it makes sense for markets to pull back a bit, and that is what we are seeing.

As the worst-case numbers above indicate, markets might well drop more, as the perceived risks rise. That too would be reasonable, and it is something we have seen in recent history. But absent some kind of systemic shock, as long as earnings stay solid and interest rates remain in the range we have seen in the five years before the pandemic, stock prices are likely to have a solid foundation over time. That solid foundation also suggests that when those worries subside, valuations and stock prices can bounce back reasonably quickly, as we saw in 2020, 2018, and indeed after the financial crisis itself.

The Stock Market Is Not Crashing

This analysis shows a market crash remains unlikely, which is good. But more important, it shows what would have to happen to get a crash. Some kind of systemic crisis would do it. So would a collapse of the economy, knocking earnings down. Finally, if interest rates were to spike up and stay there, we could well see valuations drop sharply. A crash could happen, but this is what would have to precede it.

And this is the context we should be considering when we look at those predictions of a crash. Are any of those happening? We will keep watching for them, but so far the answer is no. So, while the market can and almost certainly will show occasional sharp drops, as long as the economy continues to grow and interest rates stay at the levels we saw from 2015 to 2019, the foundations remain solid.

Certain sections of this commentary contain forward-looking statements that are based on our reasonable expectations, estimates, projections, and assumptions. Forward-looking statements are not guarantees of future performance and involve certain risks and uncertainties, which are difficult to predict. All indices are unmanaged and are not available for direct investment by the public. Past performance is not indicative of future results. The S&P 500 is based on the average performance of the 500 industrial stocks monitored by Standard & Poor’s. The Nasdaq Composite Index measures the performance of all issues listed in the Nasdaq Stock Market, except for rights, warrants, units, and convertible debentures.

Michael W Zirbel is a financial professional with 307 Financial Services, LLC at 416 E Main ST. Riverton, WY. 82501. He offers securities as a Registered Representative of Commonwealth Financial Network®, Member FINRA/SIPC. He can be reached at 307-856-8200 or at [email protected]