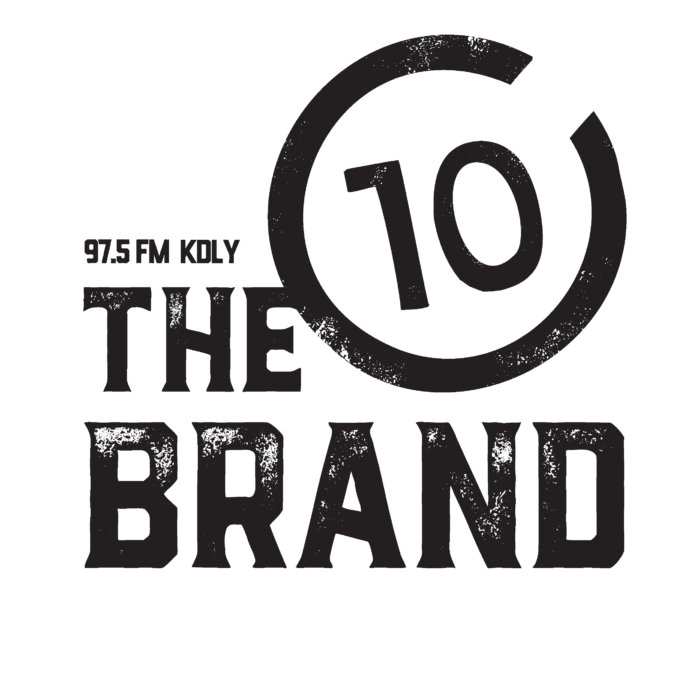 KOVE was the first radio station to sign on in Fremont County, back in 1948, and has a long tradition of serving the community with country music and local programming like “Coffee Time” and local sports. KDLY was the first FM station in the County, becoming operational in 1975, and has most recently had a long run as a Classic Hits station.

When County 10 took over three local radio stations last year, the company promised to put on focus on local programming.

“The positive comments were overwhelming after we took over. Everyone loved the Lander stations, but we received more than 100 comments asking for something new,” said Will Hill, County 10’s owner. “Joe Kenney, the former owner of KDLY and KOVE was and is amazing; so invested in the community. We knew we wanted to continue that tradition, listen to our listeners and readers and also put our own stamp on it.”

On October 3rd, 97.5 KDLY became “The Brand”, a blend of country music for the country lover.

“The Brand is County 10’s “real country,” with a heavy emphasis on the 90’s and early 2000’s with a little new and a little old mixed in,” said Hill. “We’ve also thrown in a healthy dose of Red Dirt Country, a style of country with a rock twist. That’s what I’m most excited about.”

“We know many will be disappointed to lose the classic rock, but we already play a lot of the same songs on our station 105.1 Jack FM and KOVE has always played country. With KOVE’s format change, we knew one of our stations had to carry country, that’s why we launched “The Brand.”

The format flip has been met with overwhelmingly positive feedback, mixed with some nostalgia over losing Classic Hits.

“I’ve talked personally to more than 30 people and fielded a dozen or more emails. Somebody even stopped me at my daughters’ volleyball game to say ‘I love the new country station!’ The people I’ve spoken with directly who were sad about the change on 97.5 KDLY, have been mostly excited to learn about the overall changes,” said Hill.

After a period of testing and adjusting, 97.5 KDLY will launch two new live and local shows. The popular “County 10 Morning Show” duo from 105.1 Jack FM, Jerrad and Charene, will move to KDLY.

Charene Herrera, a long-time country station DJ in markets all over the Mountain West will host a new Morning Show from 6-9am. Jerrad Anderson, a local favorite with experience at radio stations in Las Vegas and other large markets, will host a live drive-time show from 3-6pm.

Jerrad and Charene will team up for lots of their typical fun and antics on each other’s shows and also for some segments on Jack FM from time to time.

In September, KOVE 1330 AM / 107.7 FM turned off country music and launched a customized news, talk, and sports format.

“We haven’t said much about it, while we’ve been tweaking things on KOVE,” said Hill. “We have a long way to go, but I’m excited about the blend of programming that we think really reflects the local community. That’s KOVE’s tagline: Community. Connected. Just like County 10.”

“We have so much more in store with KOVE, but we’re starting here. This is our basic show lineup, but we’ll be adding and adjusting things over the next several months.”

“Our focus with county10.com has always been everything local and that’s what we’re trying to do with our stations,” Hill commented.

“The feedback we’ve received about the new stations has been focused on that. You can’t get local information from your Spotify playlist or a Sirius/XM channel. This is where County 10 really shines. Whether it’s a great blend of music for locals or local news and information, live programming, contests, interviews, local musicians, whatever it may be, we want to showcase it with our platform.”

The County 10 team will be out and about with a series of events over the next several months to promote the new network of stations and the digital-radio platform that is County 10 as a whole. Look and listen for info coming soon!

Thank you to our Readers

#WhatsHappening: The Bar 10 and County Trivia season only has two more nights left, be there tonight at 7!