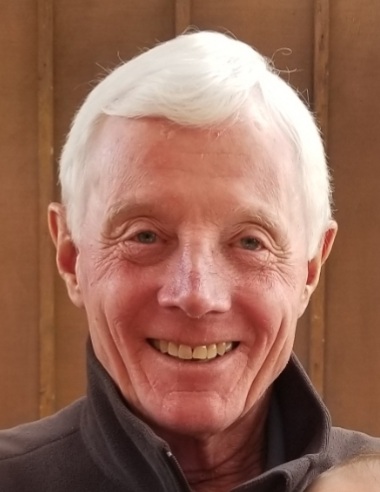 Steve was the second of five children born to Polly and Bill Mossbrook. He grew up in a rural setting near Lake Ontario. He attended Oberlin College in Ohio, graduating with a BA in Economics. Several years later, he earned a Masters Degree in Business Administration at Georgia State University.

He considered himself an entrepreneur, working in diverse areas such as selling copiers and commercial real estate, plastic bag manufacturing, cabinetmaking, and providing technology. Steve was proud of two abilities: he could sell, and he could count. He always said he was better at starting companies than running them, but in the past 25 years he pioneered and created successful growth at Wyoming.Com, Cerento, and Contact Communications, all technology companies in Riverton Wyoming.

Little round white balls held great fascination for Steve. He was competitive in many sports, especially soccer, volleyball, pool, croquet, and golf. He was very proud of being a ‘single digit handicap’ golfer, as well as a tournament level croquet player. In addition to playing the sports well, he also contributed by coaching, being an officer in the organizations, and organizing tournaments.

Steve enjoyed some finer things in life that fed his adventure-seeking side. He owned and piloted a single engine plane, owned a fast boat for water-skiing and camping, and had a lifelong love of fast luxury cars. He was comfortable with being in control and also with taking a risk. Steve was an enthusiastic, outspoken, occasionally outrageous person. He was always a presence. He was one of a kind. He was one of the good guys.

He is survived by his wife of 48 years Sandra; daughter Alexa Nowland (Eric) and four grandchildren (Lilly, Stasia, Sophie, and Oliver), all of Riverton, Wyoming; sisters Kathryn (New York) and Barbara (Florida); and brothers David (Kentucky) and Douglas (New York).

Due to COVID and traveling difficulties, no services will be held at this time. Instead, several smaller celebrations with friends and family in various parts of the country will take place as the year goes on, including a golf gathering next summer in Riverton.