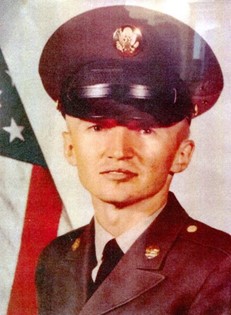 Following a battle with cancer, Steve Brown, 70, passed away at his home in Pocatello, Idaho, with his family by his side. A service was held on July 26, 2022 followed by burial with military honors at the Veterans Cemetery in Blackfoot, Idaho.

Stephen Kent Brown was born December 11, 1951 in Riverton, Wyoming to William “Bill” F. Brown and Betty Ann Brown. Steve attended Jefferson Elementary School in Riverton during his early years. The family moved to a farm at Midvale area in 1963, where he attended Pavillion Schools. He gradated in 1971 which was the first class to graduate from Wind River High School.

Steve married Dion Jolly in Riverton and together they went to Laramie to attended the University of Wyoming. He graduated with honors in 1975.

After college, Steve enlisted in the U.S. Army and served in the Medical Corps in South Korea. He was honorably discharged after four years.

Steve later moved back to the Riverton area making it his homebase. He worked in carpentry as a member of the United Brotherhood of Carpenters and Joiners of America, drove truck and worked construction around Wyoming. While in Rock Springs, Wyoming in 1983 he met his future partner, Julia Bell. They lived in Superior, Wyoming and together had two children, Dustan and Stephenie.

Steve loved to spend time with his children and grandchildren just enjoying life. One of his biggest passions in life was his talent for playing the guitar. He also loved riding motorcycles and participating in shooting sports.

He was preceded in death by his parents, William “Bill” and Betty Ann Brown; and grandparents, Ilah and William “Bill” Conat, and Homer and Gladys Brown.

On-line condolences may be made at TheDavisFuneralHome.com