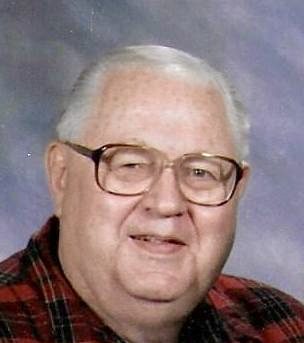 Robert (Bob) Morse Tappan, age 86, of Lander, Wyoming, died on February 14th, 2022, in Casper, Wyoming. A military memorial service will be conducted in Lander at a future date, as well as a burial in East Derry, New Hampshire.

Bob was born April 19, 1935 in Orange, NJ, to Thomas Capron Tappan, and Bernice Morse Tappan. He was married to Eleanor (Ellie) Pierce for 64 years. He graduated from University of New Hampshire in 1956 with a BS in Business Administration. He subsequently earned an MBA at Western New England College and completed various doctoral coursework.

He earned a commission in the United States Air Force and served on B-52s as a Navigator/Electronic Warfare Officer. He was a key member of the critical airborne alert missions protecting North American borders from a Soviet nuclear threat. Later he became an instructor, an Alert Force facilities operations manager, and an Intelligence Division Chief. His home bases were in Texas, Maine, Georgia and Massachusetts. He retired in 1978 as a Lieutenant Colonel after 186 combat missions from Guam, Thailand, and Okinawa during the Vietnam War. He was awarded nine Air Medals and the Distinguished Flying Cross.

After retirement from the Air Force, he moved to Oregon for a second career as a stock/securities broker. He specialized in precious metals investments and enjoyed researching and writing about monetary policy well past a second retirement to Lander, Wyoming in 1992. He loved sharing his Bullfrog letters with interested readers.

His lifetime hobbies included gardening–especially rose gardening in Oregon, model railroading, collecting recipes, eating his favorite Thai foods, card-playing, reading, and spending time with his dogs. He was a member of the American Legion, an active member and officer of the Lander Lions Club, became a Master Gardener, and also served a three-year stint on the Lander City Council.

Bob was thankful for the excellent care he received for many heart, cancer and other medical conditions.

He was preceded in death by his parents and sister Judith Tappan Walter.

Preferred instead of flowers, memorial contributions may be mailed to the Lander Lions Club (PO Box 247, Lander, Wyoming 82520), Lander Pet Connection (www.landerpets.org), or another charity of your choice.