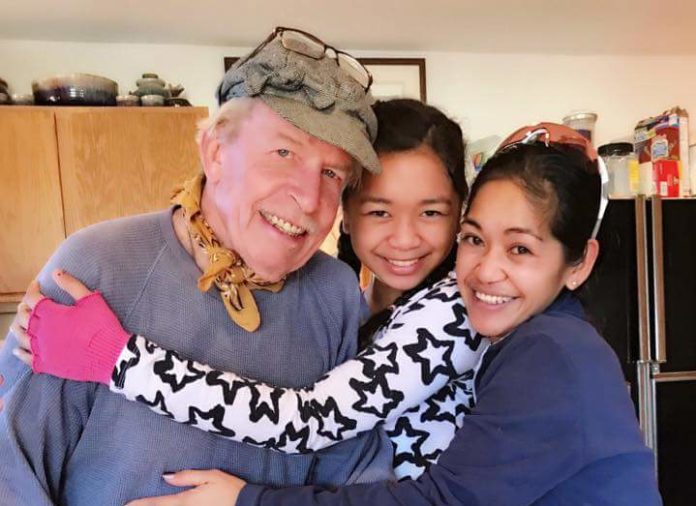 In 1965 he discovered NOLS and attended his first 30 day course August 10, 1965. Ken excelled at NOLS and went on to be one of their chief instructors. He also was the Expedition Leader on the NOLS Mckinley Expedition in June of 1971. Ken was an excellent instructor, patient with his students and an exceptional teacher of outdoor skills. Ken worked for NOLS as an instructor until the mid 1980’s.

Ken maintained a home in Lander for the last 50 years, living in a house on Canyon St and then later moving to a house he had built out on Twin Creek. Wyoming seemed to agree with Ken and he found his forever home.

Ken loved to hunt and fish as well. He always had a dog or 2 at his side and for many years had a few horses. His love for animals was evident.

In 2016 Ken got married to Maria Christina Campos in a civil ceremony at the Lander courthouse. Former NOLS instructors being in attendance with him and his bride. Ken is survived by his wife Christina and her daughter Ailse Lynne, and a sister, Barbara, of Texas.

As per Ken’s wishes he was cremated and his ashes will be scattered this upcoming 4th of July after the parade, around 1 pm, out at his property on Twin Creek. In lieu of flowers a donation in Ken’s name to the Lander Pet Connection would be appreciated or an organization of your choice.