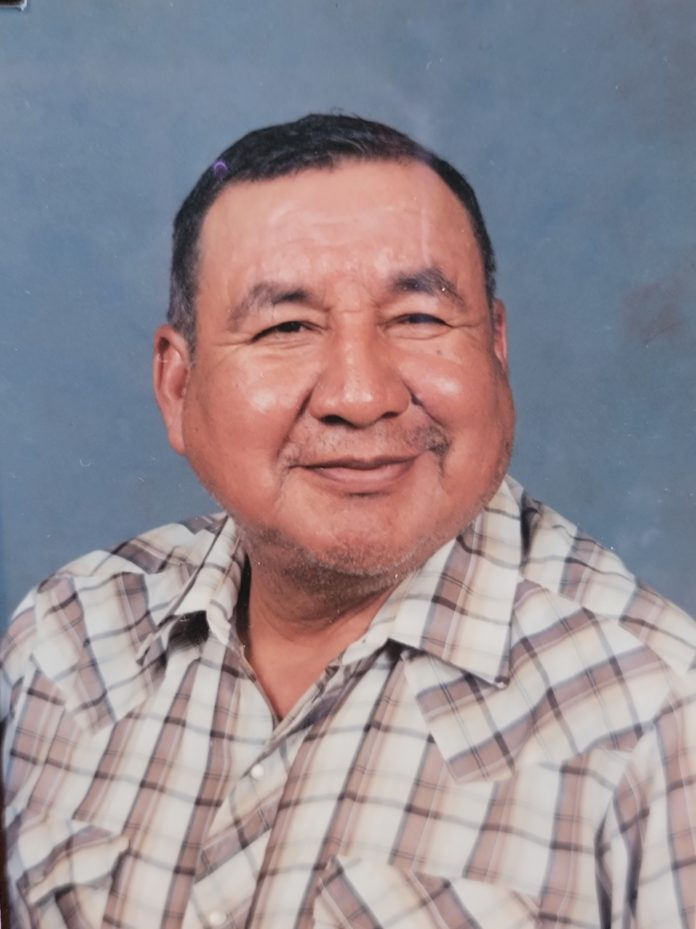 Kenneth “Bobby” Shakespeare was born December 24, 1930 to Elizabeth (Underwood) and Nickerson West Shakespeare in a tent at Ethete, WY. He passed away April 17, 2021 in Casper, WY.

Bobby grew up in Ethete, WY with his 7 siblings. He attended school at St. Michael’s Mission school up to the 5th grade. He enlisted in the US Army and was stationed in Newport, Virgina. When he returned home he married his first wife Angela Antelope and they had 5 kids, before she passed away in 1964. Bobby married Josephine O’Neal and together they had 9 children. Bobby worked at Arapahoe Ranch, Brassel and Sims, City of Lander, Northern Arapahoe CHR, he was also a lifeguard at Hot Springs and a bus driver for St. Stephen’s Indian School.

Bobby spent his days farming his fields, fixing fences, and taking care of his horses. His favorite thing to do was go to the Wind River Casino. Bobby enjoyed spending his time with all his grandkids.