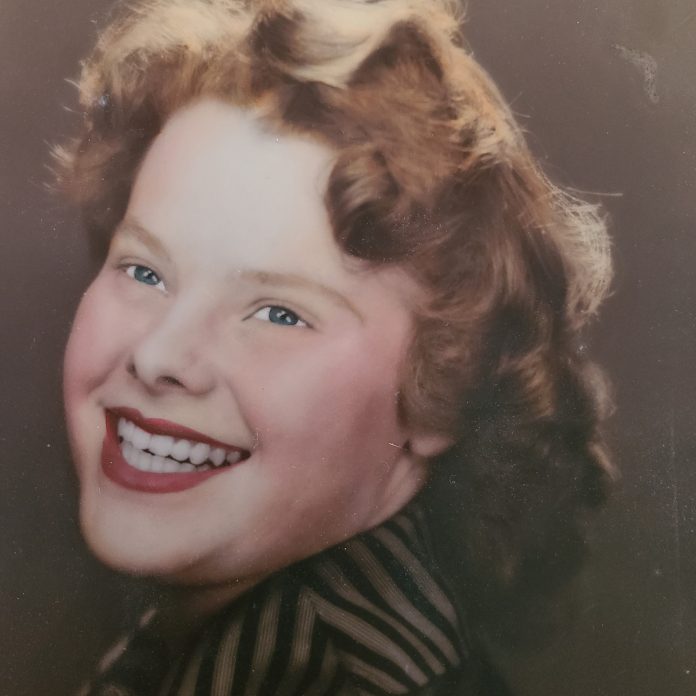 Kathryn “Kit” Ward, 82, of Riverton passed away on Tuesday February 8th, 2022, in the Wind River Rehabilitation and Wellness Center.  Due to covid with many family and friends across the country, a virtual memorial service will be held at 5pm MST on Sunday March 20th. The passcode will be posted on facebook as the date gets closer to the event.

Kathryn “Kit” Ward was born on October 27, 1939 in Prairie Center (25 miles south east of Lusk) WY to Raymond Morris and Margaretta “Deloris” Morris.  Her family moved to Lusk and Raymond was a mechanic and Deloris was briefly taught elementary school until having a family.  She graduated from Lusk High School in 1957.

On September 28, 1957 she married Fred Ward at the home of her parents.  They were married over 64 years.  Together they had one child, Beth Ward, whom they raised in Yoder, Wy. In 1976 Heath Ward was born of Beth Ward and then later adopted at the age of 7 as her son.

In 1988 Fred, Kit, and Heath moved to Chadron Nebraska where she graduated with a Bachelors of English and a Masters Degree in Educational Counseling in just a three years’ time where her career started in the fall of 1991 at Lander Valley High School.

Kit and Fred enjoyed taking vacations during spring break to various locations in Arizona over the span of 10 years.  Kit was best known for her bear hugs, knitting, holiday baking, and cooking enormous amounts of food during family reunions and potluck dinners in her personal life.  In her professional life she would teach summer school Shakespear to students at Lander Valley High School.

She was survived by her husband Fred Ward and her two children Heath and Beth Ward.

She was preceded in death by her parents Deloris Morris and Raymond Morris; her brothers Donald Morris, Richard “Dicky” Morris, and Johnny Morris; and various aunts and uncles with nieces and nephews.

Services will be conducted by the family of Kathryn.