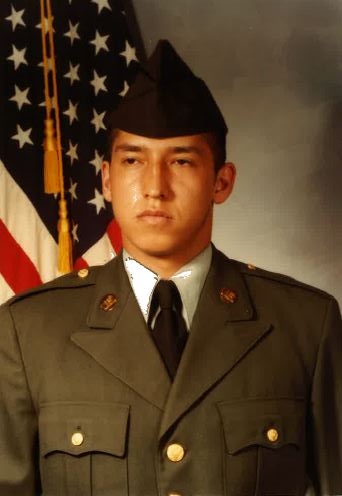 John C. Redman Sr. 56, of Ethete, Wyoming passed away December 8, 2022 in Billings, Montana. John was born on April 1, 1966 in Lander, Wyoming. He is the son of Mary Alice (Doney) and Alfred Redman. His maternal grandparents are the late Rose (Shyface) and Tom Doney from Wyota, Montana.  His paternal grandparents are the late Josephine (Underwood) and Elk Redman from Ethete, Wyoming.

The funeral service will be held on Monday, December 19, 2022 in the Alfred P. Redman Sr. Gymnasium at 10 am.The rosary will begin at 6pm on Sunday, December 18, 2022 at John Redman’s Residence at 443 Ethete Road, an all-night wake will follow the rosary.

When John was ten years old, he was named as a plaintiff in the Redman v. Ottina lawsuit. This lawsuit was filed so that the US government would release federal funds for implementation of Native American Education programs. In school, John attended Mill Creek and Wyoming Indian High School, where he participated in football, basketball, and track. He was a part of the 50 win record held with the Wyoming Indian Chiefs basketball teams and was a member of both the All-Star basketball team and the All-State Football team. He graduated with the class of 1984 as the class salutatorian.

After High School, John enlisted in the Army and was honorably discharged with the Army Achievement Medal and the Good Conduct Award. After his military service, he returned home and worked as a BIA police officer. Following that, he attended Central Wyoming College and graduated with an Associates degree in Education. While attending the University of Wyoming he was involved in a car accident in December 1994, which left him a quadriplegic. He spent some time at Craig Hospital in Englewood, Colorado, then returned to the University of Wyoming and graduated with honors obtaining a bachelor’s degree in Special Education.

He was elected to the Northern Arapaho Tribal Economic Development Commision and served for two years.  He worked at St. Stephens High School as a Special Education Teacher and coached the boys basketball team and also coached the Arapaho Nation girls basketball team in 2009. He was employed for Wyoming Indian Schools as the Behavior Intervention Program supervisor for seven years. He spent the last three and a half years at the Heritage Park Rehabilitation facility in Roy, Utah, where he made many friends, and returned home October 17th, 2022.

Growing up he enjoyed riding and taking care of horses. He also helped his father with the family ranch, farming and tending to cattle.  He participated during Sundance and Sweats. John was a huge fan of the Denver Broncos. He liked going to the casino, where he talked, teased, and laughed with friends and family as he had a great sense of humor and liked to tease everyone. John liked to give advice and encourage the youth to pursue their dreams. He enjoyed family dinners during holidays and birthdays. He was known to help people as much as he could doing things such as welcoming them to his house and providing a place for some to stay. His last gift of generosity was being an organ donor saving many lives.

Another dry day across the 10