Bookmarked Writers Festival is for readers too! 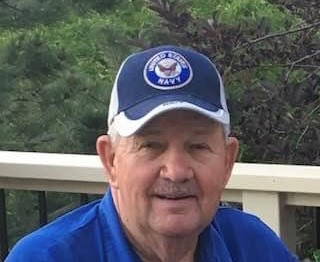 Jerry Leslie, of Lander, passed away in Mesquite, Nevada May 1st, 2021. A joint celebration of life for both Jerry and Marge Leslie, is to be planned for July in Lander.

Born Jerry Arthur Leslie, on May 20, 1939, in Lincoln Illinois, to Arthur and Venita. Jerry was born into the life of farming and worked the family farms. He told many stories over the years of his farm life, including what “pulling pigs” means, and the time he had to drive his mother to the hospital while she was in labor with his sister. He was 9 years old and drove the stick-shift truck to the hospital in time. He attended Odell High School. Jerry enlisted in the U.S. Navy in 1956. In the Navy, Jerry was trained as a meteorologist. He released the old-style weather balloons from the ship’s deck to collect critical data from the balloon as it rose, so the weather could be forecast and enable the naval fleets to sail safely. He loved the sea life, and picked up his famous saying, “red sky at night, a sailor’s delight, red skies at morning, sailors take warning”. Jerry got to see the world during his tour of duty, and told many stories of the countries, culture, and people he met, and spent many months in Morocco. Jerry’s ship made a port of call in Rhode Island in 1959. There, this handsome young sailor met his wife-to-be, Margaret Marchand (Marge) at a social dance. It was a one-night-dance to remember, because after a short 6-week, long-distance letter-writing courtship, they were married on November 21, 1959 at St. Joseph’s Church in Pawtucket. At the time of their marriage, Marge was a Senior Clerk Stenographer for the State of R.I. Probation and Parole Department. This 6-week courtship led to 59 years of marriage together.

Their first child Steven was born in 1961 in Pawtucket. Shortly after his birth, they moved to Dublin, California, where Jerry went to work for the National Oceanic and Atmospheric Administration (NOAA). Jerry was honorably discharged in May of 1962 as a 2nd Class Meteorologist. He sailed on Coast Guard and Merchant Marine ships traveling the Pacific to Japan, the Philippines, Guam and many other islands. Marge stayed home with her mother and young Steve. While in California, Marge gave birth to Kenneth, and later Tamsin. After Jerry’s ship-duty, they moved to Columbia Missouri in 1968, and in 1970 they moved to Lander where they resided until their final days.

Jerry learned to play darts while he was in California, from an Englishman named Gordon. Gordon and Jerry competed at a high level and even won some double championships in California dart tournaments. When coming to Lander, Jerry found that there was no dart league, so he started one up in the B&B bar in Lander. Jerry got into hunting and fishing in Lander and made far too many trips to Shoshone lake in his 1968 blue Ford Bronco, which is to this day is in his garage and running like a champ. Jerry was a guide for the One Shot Antelope Hunt, and was fortunate to meet many famous celebrities and politicians. He was a life member of the BPOE (Elks) in Lander and served as the Exalted Ruler at one time. He was also Grand Lodge District Deputy and held many other office positions. He could always be found delivering the Elks’ Food Baskets to those in need during the holidays. He was a member of the Holy Rosary Catholic Church and was a life member of the Knights of Columbus. He helped with the Little League baseball teams and was a Boy Scout Leader.

Jerry worked at the weather service at the Lander Airport, where he continued to release weather balloons twice daily. He could be heard on the local Lander AM Radio Station giving the forecasts daily, way before the internet was born. Jerry would go on to become the manager of the Lander weather station at the airport. He retired after 35 years as a weatherman, but shortly after his retirement, the

US Government asked Jerry if he would like to come back and manage the weather station again, this time as a civilian worker. Jerry was enabled to assemble his own team of weathermen to run this station, and he worked to recruit a team, whom he trained on his own. This team came to be known as Jerry’s Heroes. There are still many of these Heroes living in Lander who could still tell you what types of clouds you are looking at, and know what barometric pressure really means.

Jerry finally retired again from the weather service; He became employed with Fremont County School District as a bus driver for 11 years. He really enjoyed that job. He would stop at the store almost every day to buy donuts to give to the kids for their bus ride home.

Jerry also fell in love with golf and spent most weekdays on the course after his retirement from NOAA. He left the weekend golf to the public. A close friend of his estimated that in over 30 years together, they played over 1000 rounds of golf together. When he reached the age of 80, he hit that magic milestone where you get to golf for free, which he took advantage of. Jerry also enjoyed, cooking, traveling, taking cruises with Marge, spending time with his family and friends. He enjoyed spending time with his children, grandchildren, and greatgrandchildren and never missed important events in their lives. Jerry made the best buttered popcorn ever, and one of his favorite sayings was “I’ll be damned”.

Jerry was preceded in death by his parents, his wife Marge of 59 years, a sister Juanita, his half-brother Bobby, and his son Kenneth. 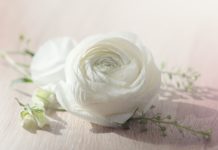