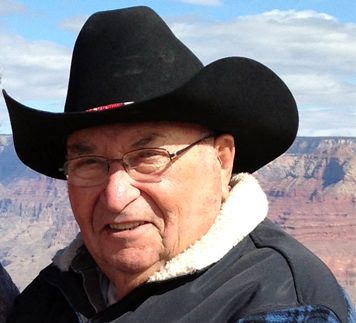 On Thursday, February 24, 2022, Gordon Norman Bush, loving father, husband, brother and friend, passed away at the age of 79.

Gordon was born on October 2, 1942 in his grandparents farmhouse in Akeley, Pennsylvania to Norman Bush and Doris Niles.

Gordon graduated from Eisenhower High School in Russell, PA in 1961. He was a veteran of the US Army and a medic in the 82nd Airborne Division and was involved in the United States intervention in the Dominican Republic. After his time in the Army he returned home to marry Susan Carol Frank of Onoville, NY. They were married on August 5, 1967 and remained married for another 55 years. They welcomed their first son Ivan R. Bush on August 19, 1968, second son Dale G. Bush on June 16,1970 and daughter Gail M. Bush on July 28, 1974.

In 1971, dreaming of the Wyoming west, on a wing and a prayer they moved from Pennsylvania to Wyoming with their two young boys.

Gordon was a born entrepreneur and dreamer, and lived a life with many hats. He spent most of his younger years shoeing horses on the east coast from single horse owners to major big name show and racing stables, from small minis to pulling and plow teams. He also worked all types of construction, was a welder, and owned and operated drilling rigs throughout his years. He was especially proud of Shot Crete Contruction, the company his son Ivan and him built from the ground up in 1996. It proudly came to be one of the most respected concrete construction companies in Wyoming. After turning the reins solely to his son Ivan, he spent most of his time blacksmithing, forging, fabricating and building in his shop.

Other than the pounding of the trip hammer and the ring of an anvil, throughout the years Gordon enjoyed fishing and especially hunting with his grandsons, camping, riding horses, building, traveling around, tinkering and telling stories.

Gordon was a Master Mason in good standing at Riverton Lodge 26, A Kalif Shriner #522486, and a Scottish Rite Valley of Sheridan Orient of WY.

Gordon is with God and his sons once again.

A celebration of life and stories to be held at the Chandelle Events Center in Riverton, Wyoming on Saturday. March 12 at 11:00am. Luncheon to follow. Memorials and cards can be sent to Susan Bush, 15 Powderhorn Drive, Riverton, WY 82501.