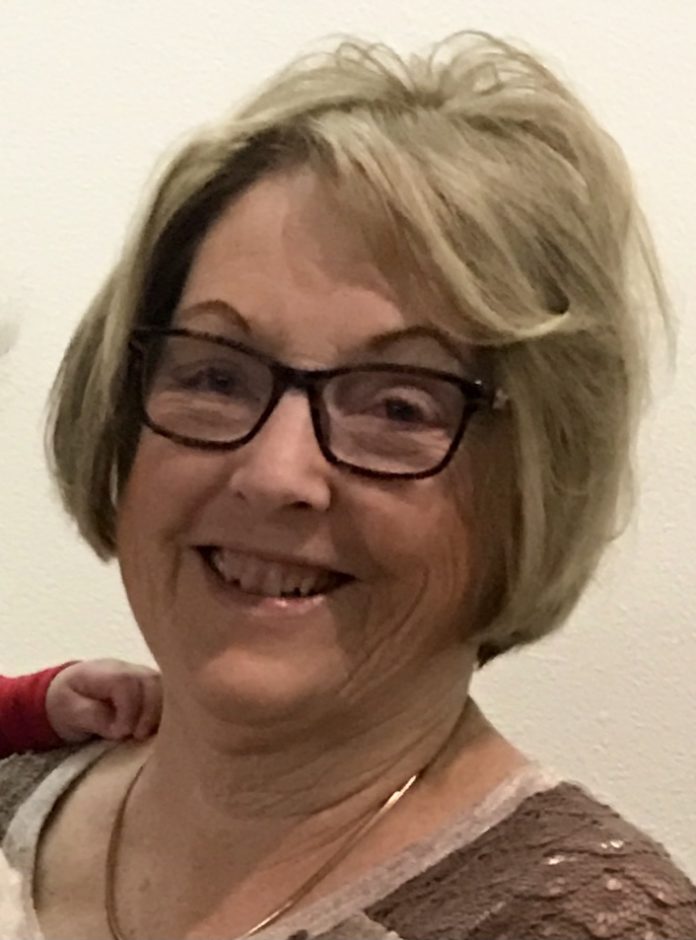 Deborah Jean (Ruby) Anesi was born in North Platte, Nebraska February 29, 1950 to Bill and Ramona Ruby.  She and her brother Dr. Mike Ruby grew up on the Morrison Ranch north of Stapleton, Nebraska and attended grade school in Stapleton.  The family moved to Lander in 1965 to manage a ranch for Tom Morrison.

Debbie graduated from Lander Valley High School in 1968 and went to Denver to study Secretarial Aeronautics.  Before leaving for Denver, she served as the Pioneer Days Rodeo Queen.  Debbie married Douglas Roy Anesi June 7, 1970 and moved to Casper where Doug finished his final semester at Casper College.   The two moved to Moscow, Idaho for 2 more years while Doug finalized his college education. Debbie was a loving and devoted wife for their 50 years of marriage.

After college Debbie and Doug returned to Lander where Debbie worked at the court house for a number of years before going to work at the Lander Valley High School in the Administration Office for 36 years.  She also was a co-secretary the Lander Pioneer Days’ Rodeo, the Wyoming Junior Rodeo and the Wyoming High School Rodeo for many years.  She made many life-long friends throughout the state through these roles.

Debbie and Doug had two sons.  Travis Scott was born December 10, 1974 followed by Preston Douglas born June 30, 1978.  Debbie enjoyed many years on the road with Travis and Preston while they completed in the Wyoming Junior Rodeo Association and the Wyoming High School Rodeo Association.  Debbie was happy for both of her sons when they qualified for the National High School Rodeo Association Finals all the while maintaining a 4.0 GPA in school. She was always proud of how hard they worked to become successful in their professions and above all good men.

Debbie enjoyed helping her father on the ranch especially when Travis and Preston were old enough to go along.  After Debbie retired from the School District, she devoted her time to taking care of her father Bill.  The two of them were permanent fixtures at the Lander Senior Citizens lunch crowd.  Debbie was proud of the fact that her father was inducted in the Nebraska Cowboy Hall of Fame and the Wyoming Cowboy Hall of Fame in the same year.

Ever since Tru Alan Anesi was born in January 2012 and Ruby Marie Anesi in February 2016, Debbie was thrilled to be a grandmother and filled the last nine years with many loving memories with her grandchildren and seeing the fathers that her sons had become.  She loved to spend time with them playing, baking, and making special treats for them.  During this last year especially, she had lots of precious time with them in her new home in Sheridan.  Debbie is best known for how caring, giving and generous she was.  She loved to help her family and friends and would do so at the drop of a hat.  She had a heart of gold and loved the Lord.

Debbie passed away January 5, 2021 from complications with health issues.  In lieu of flowers, please make contributions to the Lander Methodist Church, 262 North 3rd Street, Lander, Wyoming, 82520.  Due to the Covid state gathering restrictions services for the family will be held in Lander.  A Celebration of Life will be held at a later date this spring.