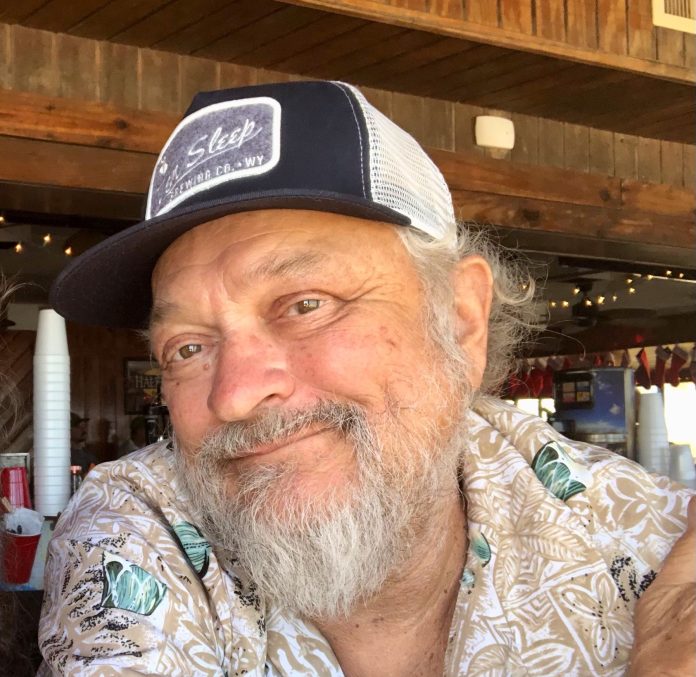 Calvin R. Demler died peacefully at his home in Lander, Wyoming on Friday, March 4, 2022. He left this world with his wife Carmela by his side and with his children Nic and Hannah singing and playing the music he loved most.

Born on May 27, 1954, Cal grew up on the banks of the Niagara River, sailing homemade boats above the American Falls. He graduated from Cornell University in 1976 with a degree in Agricultural Economics and obtained his MBA from the University of Denver in 1977. He was married to Donna Weber and the two moved to Kentucky where they had a beautiful child, Deanna Demler. He moved to Salt Lake City in 1978 and subsequently co-founded WAVE Products (1981), an outdoor adventure equipment company.

After some time away from Salt Lake City,  Cal returned in 1992 just in time to find and fall in love with Carmela Capone, and the two built an amazing life. He loved his children deeply and was a stay-at-home father for years while remodeling homes the family lived in.

From 2002 until 2021, he worked as a Field Engineer/Designer and Construction Manager on over $100M of municipal engineering and abandoned mine land reclamations throughout Colorado and Wyoming. He was renowned for his unconventional solutions to extremely perplexing environmental problems.

Throughout life, Cal was a man full of love for his family, his friends, and life. Words are inadequate to describe the love between Cal and Carmela. His pride and love for his children knew no bounds. Outdoor adventuring including camping, backpacking, spending time in the desert, mountain biking, skiing, sailing, cast iron cooking over a campfire, and traveling with his immediate and extended family of friends brought him endless joy.

Thoughtful and measured in all he did, Cal treasured good conversation, science, nature, problem-solving, gatherings, music, tinkering, building things, and animals.  He offered help to anyone who needed it and is venerated as a genuinely good man.  He loved to have fun and always shared that with everyone around him. He maintained strong friendships with good people despite great distance and time. He climbed mountains and sailed the seas as if anything in the world was possible.  He loved well, endured tragedy and sadness with grace, and gave back so much. It was a life well-lived.

Cal was preceded in death by his parents, Bob and Dolores Demler (New York), his siblings Judy Burgess (Florida) and Dale Demler (New Hampshire), and his daughter, Deanna Demler. He is survived by his ex-wife, Donna Weber (Kentucky), his wife, Carmela Demler (Wyoming) and his children Nicholas and Hannah Demler (Wyoming).