(Fremont County, WY) – A government-to-government meeting is planned for April 14th between the Fremont County Commissioners, Wind River Inter-Tribal Council, and the Bureau of Indian Affairs to discuss the transfer of 4 county roads.

During their regular meeting today, the Fremont County Commissioners noted what they would like to address tomorrow which includes: title insurance issues, public records (including access), as well as federal funding among others.

The transfer of Trout Creek, North Fork, South Fork, and Ethete roads to the National Tribal Transportation Facility Inventory (NTTFI) has been an ongoing conversation that picked up steam in the last few months.

The concerns listed above are not new to the discussions, however, this is the first time all the entities will sit down together.

Commissioner Mike Jones also said today constituents have reached out to encourage them not to transfer the roads; he plans to note that at the meeting as well.

Commissioner Clarence Thomas, who has voiced strong support of the road transfer, shared today that road responsibility is a concern. He wants to see a commitment made so there is no back and forth on its funding or maintenance.

Commissioner Thomas as well as Commission Chair Travis Becker both noted concerns about these roads sitting in limbo as 17 Mile has for about a decade.

“I would hate for the four roads to end up like 17 Mile Road,” Commissioner Thomas said.

Also in attendance at today’s meeting was Clint Wagon, a resident on one of the roads and former Eastern Shoshone Business Council member.

He shared appreciation for the concerns discussed and the dialogue. Noting this has been going on for years

“At the end of the day, it comes down to maintenance, money, and those who live on the roads,” he said.

To view all of County 10’s coverage on the transfer process, click here. 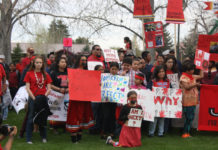 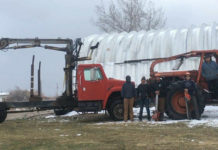 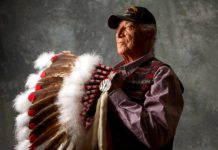