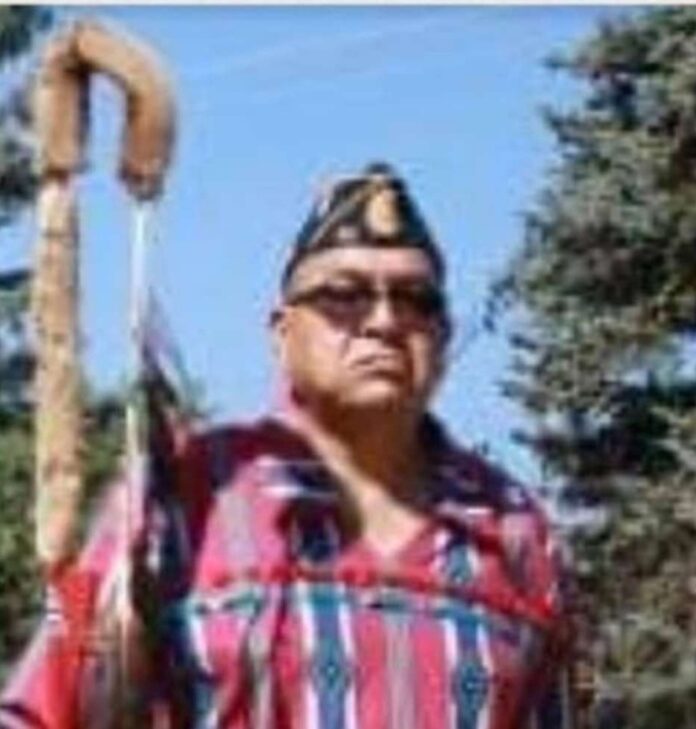 Graveside services for Gilbert Patrick Jarvis will be held at 10:00 a.m. on Saturday, September 18, 2021, at Sacajawea Cemetery, Ft. Washakie, Wyoming. Masks are mandatory and the family asks that you try to practice social distancing.

Mr. Jarvis honorably served his country in the United States Army for 7 1/2 years. Upon returning home he worked for the Eastern Shoshone Tribe at the C.H.R. Program and the Food Distribution Program. Gilbert also worked for the Veterans Affairs Office in Riverton, Wyoming. Gilbert served on the Eastern Shoshone Entertainment Committee and was an active member of the American Legion Richard Pouge Post #81, Ft. Washakie, WY.

Gilbert had a great love for the game of volleyball and acquired many friendships through this sport. Gilbert enjoyed reading, fishing and spending time with his family.

Gilbert contracted COVID and became very sick from this virus which his body could no longer fight. At this time our family appreciates all the love and support everyone has shown and we hope you all understand that hugs and handshakes cannot be given at this time. Sack lunches will be handed out after the services.