(Cheyenne, WY) – The Wyoming Game and Fish Department is proposing to reduce antelope license quotas for the 2021 hunting season. In many hunt areas, the proposals cut the quota due to impacts from persistent drought conditions and the record-breaking 2021 spring blizzard.

The license reductions should be short-term, according to wildlife managers who believe the conservative proposals for each herd will stabilize pronghorn populations and allow them to bounce back.

Fluctuations of the number of pronghorn licenses Game and Fish offers is not uncommon, said Doug Brimeyer, Game and Fish deputy chief of wildlife. In 2019, Game and Fish increased quota by 3,400 licenses; in 2020, the number was reduced by 6,675. For the 2021 season, managers are recommending a reduction of 3,650 any-antelope licenses and 5,775 doe/fawn licenses. Reductions impact most herds in the state. Full proposals are available on the Game and fish website.

Brimeyer stressed this year’s reductions are due to environmental conditions. Precipitation levels and habitat conditions are the most significant factors that affect pronghorn numbers. Over the last several years, Wyoming has experienced below-average precipitationlevels in the spring and summertime, when it is most crucial for greening up shrubs, forbs, and grasses, the primary food sources for antelope. And, when there are dry conditions and less food is available, that means less pronghorn.

“Pronghorn population performance is tied to the availability of high-quality forage which includes seasonal use of grasses, forbs and shrubs,” said Brimeyer. “That forage availability is influenced by weather patterns which have been challenging for pronghorn the last two years.”

Sometimes, the timing of moisture can be too much for antelope to handle. Game and Fish spring surveys revealed elevated levels of winter mortality from the record-breaking spring storms that dumped more than 10 feet of snow in some regions.

“Everyone is familiar with the blizzard conditions in easterm Wyoming this March. It was already a crucial time for wildlife survival following winter. Pronghorn especially are not physically built to handle deep snow conditions. We saw pronghorn trapped between drifts, unable to get to the food they needed.” Brimeyer said. “That weather made a direct impact on the 2021 hunting season proposals.”

Brimeyer is optimistic that a conservative year of licenses will help pronghorn rebound, and quickly. The animal is incredibly resilient on a population scale, and typically has high reproductive capacity. Nearly 98% of does have twins each year, and that could amount to population increases as high as 30% by 2022 if conditions on the ground are supportive.

“If conditions are favorable, we could expect to see fawn ratios bump up,” Brimeyer said. “That means we’re hopeful for good spring and summer moisture to support leader growth on shrubs and native grasses.”

Game and Fish will monitor populations closely over the summer, with surveys in August. By late summer, wildlife managers will know how pronghorn are faring heading into the fall.

For hunters and landowners, the proposed license reductions mean there will be less opportunities for hunters in 2021 in terms license availability.

“With the reductions, hunters will need to study the proposals and make informed decisions on where to apply,” said Jennifer Doering, license section manager.

Those who do draw can expect the same high-quality experience in previous years.

Game and Fish will present the 2021 hunting seasons and quotas for approval at the upcoming Wyoming Game and Fish Commission meeting in Jackson, April 19-22.

“If you’ve already applied for an antelope license, make sure you check that the season dates and the quota once finalized at the end of April,” Doering said.

The deadline to submit or modify hunting applications for antelope is June 1 for residents and nonresidents. 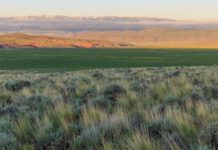 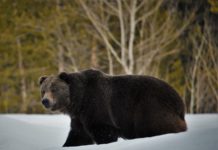 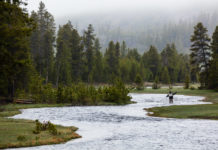 Several new laws will have an impact on wildlife, hunting and...