Funk and HipHop to dance to next Thursday night 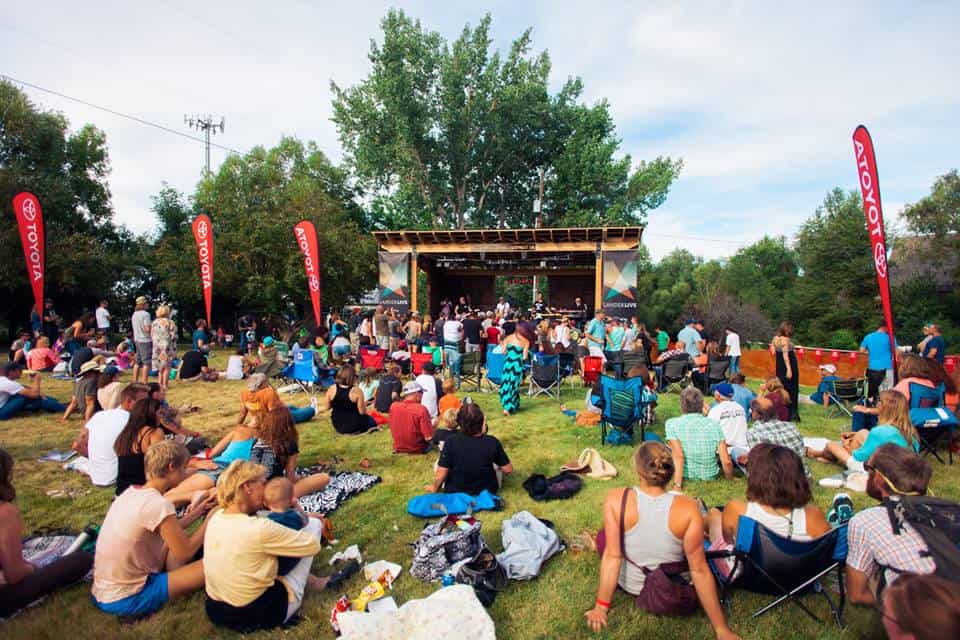 The Main Squeeze, with deep roots in the Midwest will be bringing a mix of hip-hop and funk to the Lander LIVE stage at the second concert of the 2018 music season. Getting into full gear for the summer this coming Thursday, July 26, Lander LIVE host Sneaky Pete and the Secret Weapons will be warming up the crowd with their mountain funk and unique sounds from Jackson Hole. Event starts at 5:00 at the Chamber/Jaycee park located at North First and Main Street in Lander, WY.

The sound of Main Squeeze is soulful, powerful, and unique. Rolling Stone agreed in their recent critique of a live show: “Lead singer Corey Frye’s powerfully soulful vocals form the foundation of an energetic set.”

These underpinnings are important yet The Main Squeeze’s true focus will always be to “strive to reach people” through their beat loving heart in their music. “We are devoted to making great music for people to get lost in and to feel real emotion and love, and also to dance and enjoy life. And it’s only just the beginning.” Their vibe is simultaneously timeless and futuristic as they are inspired by the greats, yet have found a way to infuse their own genius into the mix. The Main Squeeze will appeal to your head, heart and body.

Sneaky Pete and the Secret Weapons is a collective of musicians channeling original music through a lens of hazy funk and unending groove, all witnessed and interpreted from the peaks and valleys of the Rocky Mountains. Their genre-blending sound of funk, rock, jazz, and hip-hop moves from the streets of New Orleans to smoky jazz dives, intergalactic spaceships, and late-night laser-filled clubs.

Lander LIVE is supported and paid in part by Fremont Toyota and Shoshone Rose Casino and Hotel plus other sponsoring companies, along with grants and donations. “However,” Dot Newton adds, “personal donations make up the remainder of the funding to bring in bands from across the country.” She continued, “Thanks to everyone who has already donated. This season is made possible thanks to you.”

All shows are open to the public and will go rain or shine. Food and beverage vendors are on-site and invite participants to sample local fare. No outside coolers nor glass are allowed in the park. Dogs are discouraged for the safety of the pets and people alike. A free shuttle service is also offered this year from the west end of town to the Lander LIVE concert. Check out the website for details: www.landerlivemusic.com

“Lander LIVE is a summer concert series that brings high quality live music to the residents of Lander, Central Wyoming, and beyond,” Newton said. “One main goals is to connect people together and to Lander. Over 1,200 people attended each concert in 2017 and we expect more to join in the fun this year.”

Future shows will be held on Thursday, August 9, with Shovels and Rope who have a large national following and the season will finish up on August 23 with Futurebirds.