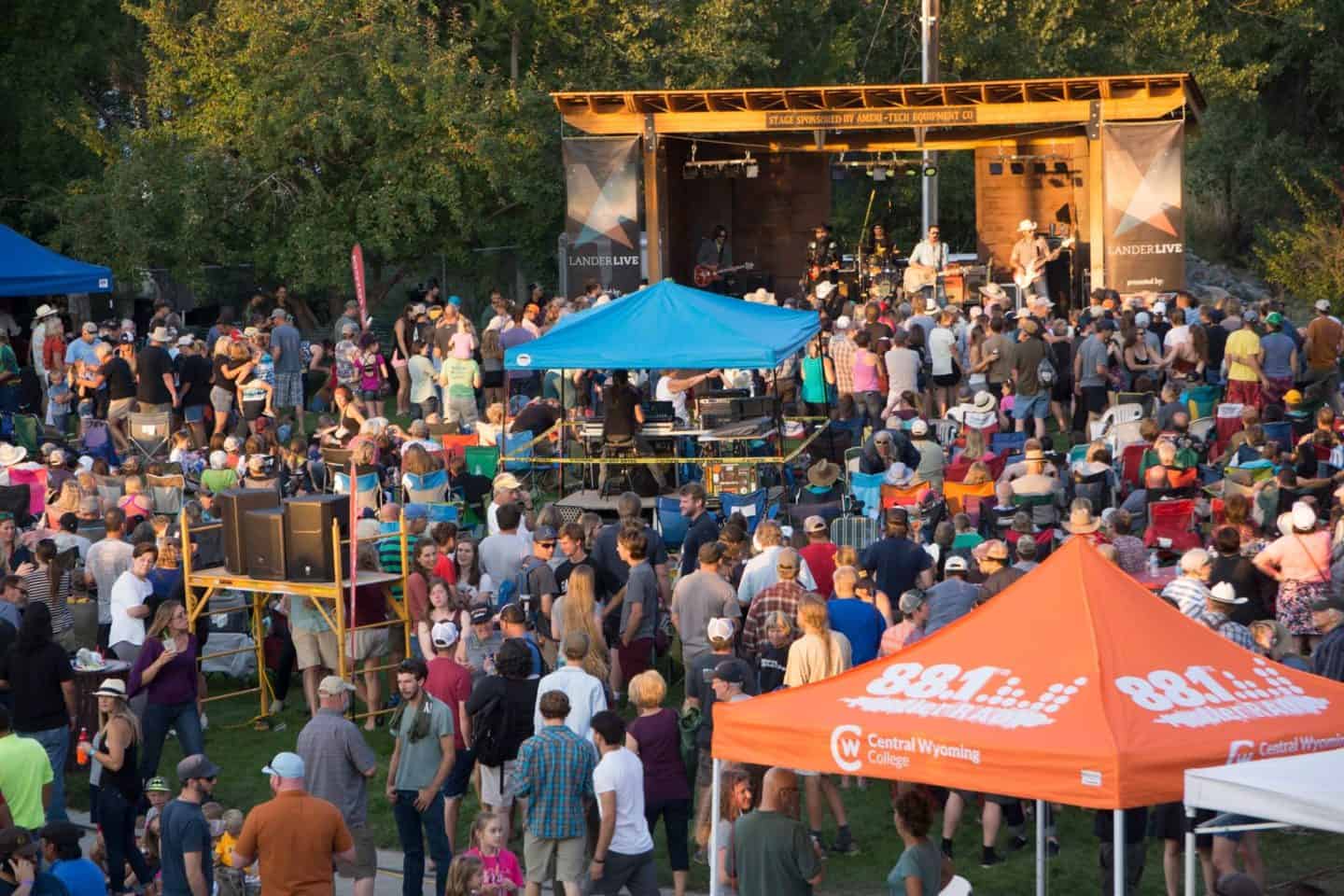 The Main Squeeze, with deep roots in the Midwest will be bringing a mix of hip-hop and funk to the Lander LIVE stage at the second concert of the 2018 music season. Getting into full gear for the summer this coming Thursday, July 26, Lander LIVE host Sneaky Pete and the Secret Weapons will be warming up the crowd with their mountain funk and unique sounds from Jackson Hole. Event starts at 5:00 at the Chamber/Jaycee park located at North First and Main Street in Lander, WY.

Lander LIVE is supported and paid in part by Fremont Toyota and Shoshone Rose Casino and Hotel plus other sponsoring companies, along with grants and donations. “However,” Dot Newton adds, “personal donations make up the remainder of the funding to bring in bands from across the country.” She continued, “Thanks to everyone who has already donated. This season is made possible thanks to you.”

“Lander LIVE is a summer concert series that brings high quality live music to the residents of Lander, Central Wyoming, and beyond,” Newton said. “One main goals is to connect people together and to Lander. Over 1,200 people attended each concert in 2017 and we expect more to join in the fun this year.”