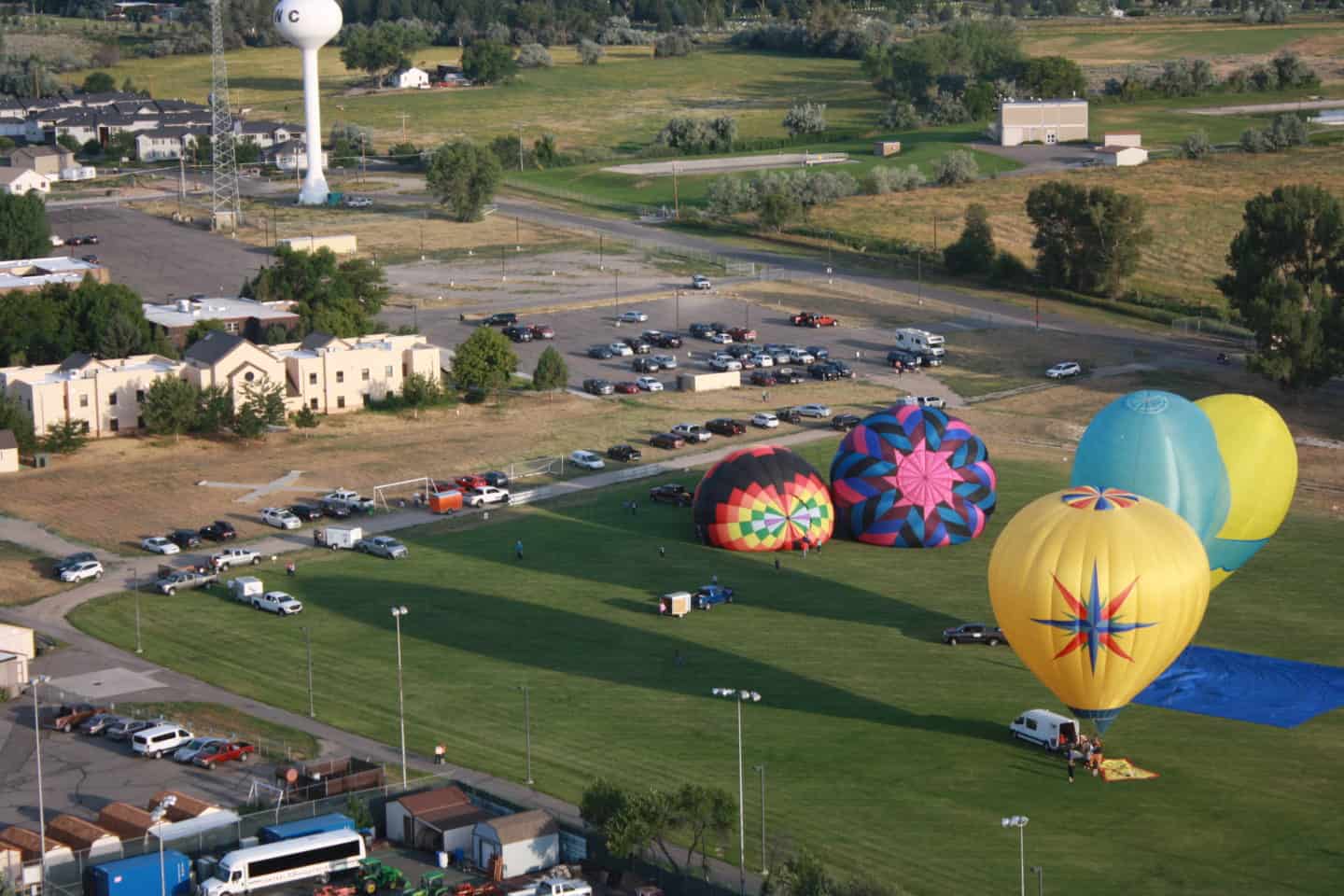 Six more balloons will join them Saturday and Sunday, launching at approximately 6:00 a.m. both days at the Central Wyoming College soccer fields. Riverton is one of the few remaining balloon rallies, in which attendees can actually get up close to the balloons as they inflate and launch. The event is free and open to the public.

Other pilots from Sheridan, Alberta, Canada, Colorado, New Mexico, Utah, and California joined the Riverton balloons this morning. Slight wind gusts during the inflation process didn’t last long as most balloons reported calm conditions for their flight and landing.

Shelley has been involved in ballooning for 14 years and explained to us that he had grown up in Riverton and loved the balloon rally as a kid. Eventually his love for balloons translated into becoming a pilot. He flies frequently over Riverton, but also attends rallies in several states including New Mexico, Colorado, Utah, Nevada, and Arizona.

During our flight, he expressed how lucky he felt the community of Riverton is when it comes to ballooning, telling us that for a town of this size, there are an extraordinary amount of opportunities to get involved with hot air balloons, year-round. Shelley noted that the Riverton Balloon Club can “always use help” from community members of all abilities and experience levels.

If 19 balloons for the Saturday and Sunday rally seems low, that’s because it is a bit lower than normal. The number of attendees usually hangs in the mid 20’s, some year’s in the low 30’s. However, in 2018, the Casper Balloon Rally is happening during the same weekend. Usually, Casper’s rally is the following week. Unfortunately this year, there was a scheduling conflict with Casper’s launch field, so some of the area balloons that normally fly in Riverton, are in Casper this weekend.

Check out the photos from our flight this morning below, and the remaining schedule of events from this weekend’s Riverton Rendezvous festivities!