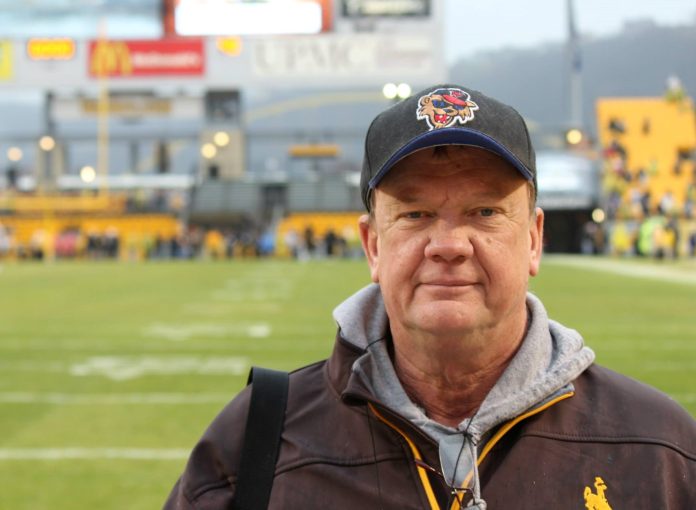 It had been a while, a decade in fact, since I sat down in a school cafeteria for lunch. We decided to surprise our granddaughter Jayne last Thursday and dropped in for lunch with her kindergarten class. Not much has changed in the world of school lunchrooms since I entered my first one 60 years ago at Blytheville Elementary School in Northeast Arkansas.

Over the intervening six decades I’ve spent many a noon time in the auspices of cafeterias across the nation.

Hot lunch or cold lunch is always the choice. In first through third grade, it was always the hot choice. At David A Weir Elementary in Fairfield California I was a brown bag fan.

My sixth-grade year at Mather Heights Elementary had me riding my Murray Red Flyer home each day to eat lunch with my mom in non-commissioned officer housing at Mather Air Force Base. Most days I’d wolf down a sandwich or two while watching Hollywood Squares or some sitcom then race back the half-mile to class for the afternoon session.

As a seventh grader at Mitchell Junior High in Rancho Cordova, it was back to packing my lunch in a bright blue plastic lunchbox. The prefab meals they called school lunch weren’t appetizing at all.

When I entered my freshman year of high school at Wind River, you would have had to be a complete moron to brown bag it.

I wandered into the best cafeteria I ever encountered as a student in the high school kitchen in the old Morton School Building along the highway west of Kinnear.

Fern and Rosie ran a kitchen that kids today would not believe. That’s Fern Watson and Rosie Baker for those of you who didn’t get a chance to eat like royalty at midday in their cafeteria.

On good days you’d be first in line and stay until the afternoon bell rang, with unlimited seconds. The cuisine was legendary.

Hamburgers, cabbage rolls, roast beef, turkey, even hot dogs were so much better than you could get anywhere else. While these were all incredibly good, they failed in comparison to the home-made dinner rolls that accompanied every meal. Chicken and noodles was a close second, and a favorite on sub-zero winter days.

Two rolls, a couple of pats of butter, a carton of milk and you quietly took your seat with friends at the table.

When everyone had gone through the line, Fern would step out of the kitchen in her white apron, usually holding a large wooden spoon and announce, “Seconds.” She didn’t have to shout; we were like Olympic sprinters in the starting blocks waiting for the gun.

Quickly, quietly, and politely, we lined up for seconds, thirds, fourths or however many servings a starving high school boy could ask for.

If there was any bad behavior, by anyone, the seconds line was closed. Did we police behavior ourselves? You bet we did.

One week a kid arrived who’d been kicked out of Riverton. He behaved for the first two days, but on the third he was jazzed up and threw a roll at somebody across the cafeteria. We all watched it arch across a couple of tables and hoped Fern didn’t see it, but she did.

We all glanced her way, afraid of making eye contact and there she stood, spoon in hand, with a stern, disappointed look. “Seconds are closed,” was all she said.

The idiot who threw the roll was proud of himself, proud for a few minutes that was.

As we exited the cafeteria to the grassy area between the pine trees in the front of the school one of the seniors walked over an popped the kid in the head. Somebody else said, “If we all take a shot at him, they can’t suspend all of us.”

The kid was a mess after getting a punch from every junior and senior boy. He didn’t come back to school the next day, and we never saw him again. Lesson learned. The second’s line was opened the next day and none of us were suspended.

I adjusted my schedule my senior year to have a study hall right after lunch. A lot of the seniors did that over the years. We’d get a pass from Fern to help her clean the kitchen, which was a code word for unloading boxes off the supply truck, loading 50 pound sacks of flower into the mixing machine and stacking up trays. The work lasted 20 or 30 minutes and when you were done, there was always something to eat until the bell for fifth hour rang. It was glorious.

Fern did more than cook with love, she took in kids from broken homes, adopted a few, had dozens more foster kids and made the world a better place.

Years later I was head basketball coach at Shoshoni when a poor Wind River team came to town. We’d beaten Wyoming Indian the Friday before and the Chiefs edged the Cougars by 80 or so points in hitting 122 against them the next day.

As I watched the varsity teams warm up someone took my arm. It was Fern with Rosie next to her. She looked directly into my eyes and said, “Don’t you embarrass these boys tonight, remember where you’re from.”

Wow, what could I say? We led 48-11 at the half and instead of going directly into the locker room as usual, I went up into the stands, found Fern and Rosie and said, “I only have six guys who can play four quarters varsity, I’ll play the JV the whole second half.”

Imagine being intimidated by your high school cook years later as a head coach, but I was. We let off the gas and cruised to the win.

I helped them both out of the stands and Fern said, “That’s better, good boy.”

People with influence work everywhere and when you discover them all you can do is admire their work.

I’ve had great head cooks over my academic career. Hazel Schafer’s cafeteria at Shoshoni was probably as good as Fern’s, but I was an adult, and my need for 10,000+ calories a day had long passed, that was the only difference.

Eleanor Brown’s fare at Wyoming Indian was equally legendary. The kids lined up with the faculty mixed in just as courteously as we had a generation before at Morton.

The final cafeteria of my career was at Arapaho where Dave Hanway and his staff did magic for the hungry youngsters and equally hungry staff.

In an era where federal mandates have ruined school lunch, it’s good to see some of the small schools in the county fighting the trend. The good ones are still delivering quality meals.

As for me, those rolls still stand tall against all contenders.

Nobody lives there, it’s too crowded