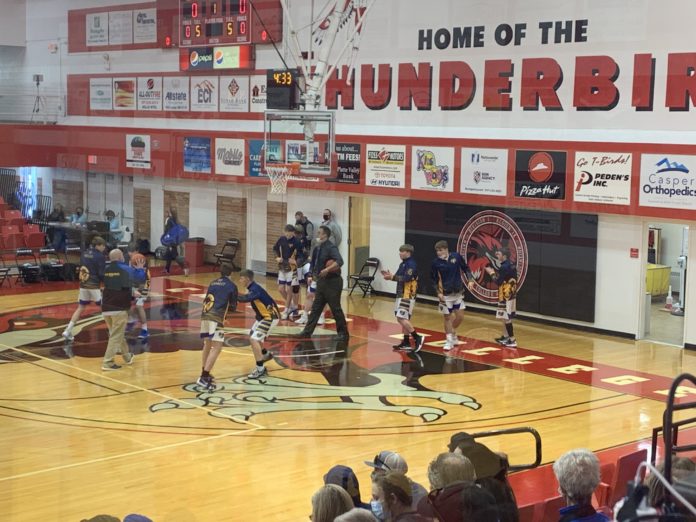 (Casper, WY) – The Dubois Rams opened state 1A boys basketball with a 65-58 win over the Kaycee Buckaroos Wednesday afternoon.

The Rams led virtually the entire contest and pulled away by as much as 11 points 3 different times.