Rustler Volleyball hosted Laramie County Community College and Eastern Wyoming College last weekend. These two matches were the first two conference matches of the season, and the Rustlers came out of the weekend 2-0.

The Rustlers opened up conference play on Friday night at home against the Golden Eagles of LCCC. CWC ended up winning the match in 5 sets (25-20, 18-25, 24-26, 25-22, 15-11). FreshmanMakenzie Templetonled the Rustlers in kills with 21, and sophomoreSage Bearnsonwould follow her with 17. Freshman setter,Sofie Langer, led the match in assists with 59.Alondra Hernandezhad 35 digs to lead the Rustlers on defense.Paityn Williamshad 24 digs, andAva Rasmussenhad seven blocks.

Up Next: The Rustlers will host Northwest College on Friday, February 26 at 6pm. 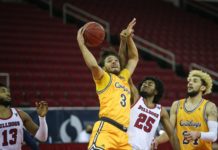 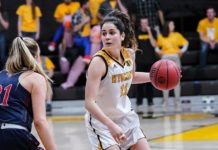 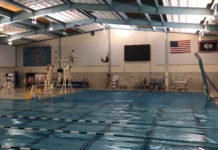