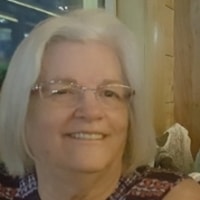 Cora “Sue” Fisher Krebs, 73, died September 6, 2020 in Casper, Wyoming. She was born on October 25, 1946 in Kansas City, Missouri to Zella and Arthur Fisher. She had one younger brother, Bob, and they and their mother, Zella, moved to Denver, Colorado when Sue was 6 years old. They moved frequently throughout Denver area, then west to Lakewood and eventually to Golden, Colorado.

During high school and college, Sue worked as a sales and customer service representative at the Union Station, Walgreens and many others. She graduated from Golden High School in 1964 and later completed a couple of years of college all while helping her mother support the family.

In January, 1965 she met the love of her life, Charles, In 1967 he proposed to her while visiting the Denver Zoo and she graciously accepted. They were married on August 24, 1968 in Denver. They departed Denver the very next day and moved to Algona, Iowa. In the fall of 1969 they returned to Denver when Charles joined the US Army Reserves. They lived in the Denver, Golden and Arvada areas.

Sue began employment at the First National Bank of Denver and remained in banking until they left for Yuma, Colorado in 1982. Prior to that move their 3 children (Brian, Jennifer and Kevin) were born whom she loved and nourished so dearly. In Yuma, while raising a young family so well she worked as an Office Manager for a local insurance agency. There was one more move in store for Sue.

In March, 1984 the family moved to Lander, Wyoming. There she proudly finished raising their children to young, mature adults each with Strong, Christian values. In Lander she held many jobs and positions from a bookkeeper of a local sanitation business to an administrative assistant at an insurance agency to circulation manager at the local newspaper and finally to 25 years with Fremont County School District #1. The majority of those years she was the Registrar for Lander Valley High School. She also volunteered many hours assisting at middle school and high school sporting events. In 2011, she finally retired after working tirelessly outside the home for more than 50 years.

She enjoyed the many camping trips during her married life. In 2006 she and Charles purchased a cabin in Atlantic City where many weekends, holidays and summers were pleasantly spent. Only her failing health caused those days to end. For years she loved doing all types of craft projects. It was her caring nature and personality that stimulated her to create and affectionately share the fruits of those treasures with all her family.

Other than a deep, strong bond she shared with Charles, her best friend for 55 years, her passion and love was for her children and most certainly her grandchildren. Each and every grandchild was so special to her. And she was very special to us all,

The family asks that in lieu of flowers that donations are mailed directly to Lander Care & Share Food Bank, 281 Garfield St., Lander, WY 82520.

Lander Veteran seeks to bring a new voice to the Wyoming...

They may not be babies anymore but they’re still precious cargo...