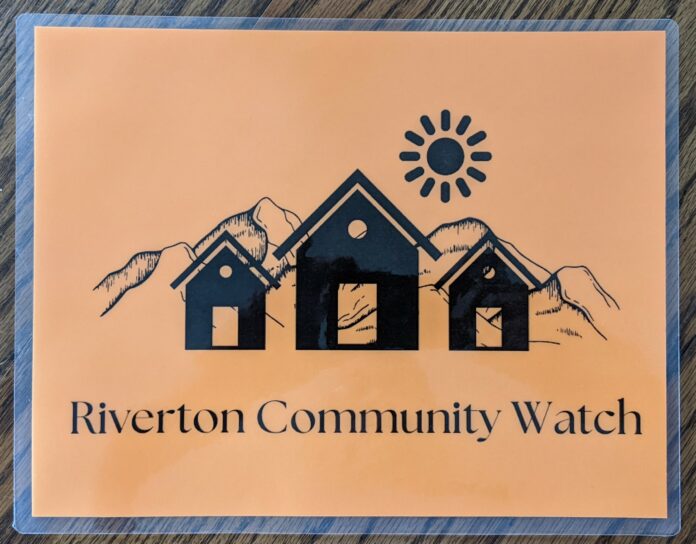 Local residents are moving forward in their effort to establish a Community Watch program in Riverton.

Several individuals and business owners came together last week for a second meeting on the project in the Council Chambers at Riverton City Hall.

Resident Carol Harper led the meeting, presenting information about possible next steps in the process, including the formation of neighborhood teams and networks.

“We’ll want to keep this all simple and excellent,” Harper said. “The more complicated you make it, the more you have to manage.”

Each neighborhood might want to organize a little differently, Harper said, and “we wholeheartedly support” those unique approaches.

“It doesn’t even have to be a group,” Harper said, noting that concerned citizens and individuals can play a “see something, say something” role as part of the effort as well.

A static website – RivertonWatch.org – and a private Facebook group have been set up as focal points for information, and for adding all groups and networks as they form.

The City of Riverton also created laminated signs for those who wish to post them in their windows or on their property.

“The thing with these signs and teams forming is that there have to be actions involved that are associated with the efforts,” Harper said. “These can’t just fall off the map as in previous years. Riverton’s crime and violence have become real issues, and all of our first responders need our help.”

He said his agency will be supportive “in every way we can,” emphasizing that the effort originated in the Riverton community.

The meeting is slated to address:
-when to call 911
-what happens afterward
-how all first responder agencies work together

There will be a question-answer session after the presentation.

“We are so very grateful to Frontier Ambulance for hosting this meeting,” Harper said. “It’s time that the Riverton community and neighborhoods understand just how much our first responders do, yet all of us as citizens have to be accountable and responsible when it comes to community safety, no matter who we are, where we live, or our different walks of life.”