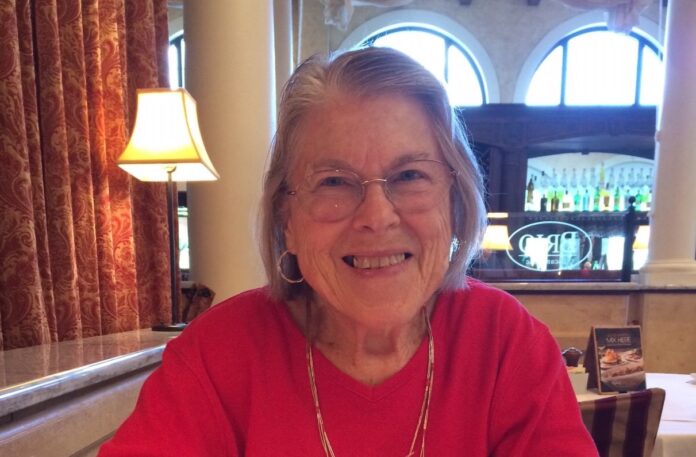 Memorial services will be held on Wednesday the 27th day of April 2022, at the LDS Church in Sundance, Wyoming. Claire will be laid to rest at Evergreen Cemetery in Okeechobee, Florida next to her beloved Grannie, Susie Elizabeth Brewer McLaughlin.

Claire was born on March 9th, 1935 in Fort Pierce, Florida to Veda Maude McLaughlin and William Henry Arndt. She was preceded in death by her brother Herman Hedke and her parents. During her childhood years, her favorite person to visit was Grannie Susie, who had a boarding house with a huge back yard.

She met Robert Bent Taft in Chicago.  They were married 1/14/1961 in the catholic church, and later joined the Mormon church.  After their honeymoon, they settled down in Evanston, IL.

Claire and Robert moved to Lander Wyoming in 1963, where they purchased run down acreage with a decrepit house. They raised their four children while turning it into a prosperous working cattle ranch and summer campground known for its old west ghost town and old black and white movies.

Visitors also enjoyed horse rides up into the colorful red and white sandstone hills that went on as far as the eye could see, smelling of sage and juniper trees. She enjoyed riding horses, helping with roundups, as well as making pottery, drawing sketches and painting pictures, all while raising her children.

Later in life Claire went back to school at Utah State to get her English as a Second Language teaching degree. She then taught at several major universities finally ending at Texas A&M in Kingsville TX.  During her career of teaching and lecturing, she did countless hours of research and wrote numerous papers on Black history, as well as Hispanic history.

Claire enjoyed going on research trips into Mexico to study the indigenous architectures of ancient Indians and learn about their cultures. Claire was always researching and building upon her genealogy interests.

Eventually she moved back to the ranch on Dry Creek in Upton, WY.  She continued to garden and make a home on the ranch, with help from her son Rob.  Claire was always showing off her garden and fruit trees in the yard, and always enjoyed working with the soil.

Having the freedom to drive places whenever she wanted was important, she had a very adventurous spirit.  Church in Sundance was a special part of her life where she had made numerous friends.

Finally, the day came that she needed more assistance. So, she moved into the assisted care home in Sundance. Claire passed away peacefully in her sleep.

Rest in Peace, Mom. We miss you and Love You

One dead, WHP trooper injured in February 4 collision near Laramie

To my beautiful wife, Aimee

Nancy – A Friend To So Many