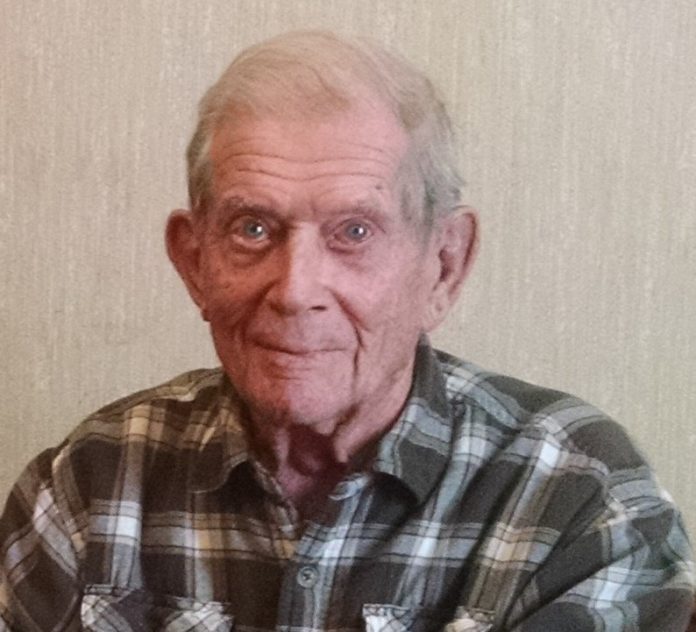 Peoria, Az.- Charles Elmer Spurlock, Jr. died on November 17th at the age of 98. He
was born on November 3, 1922 to Irene (Johnson) and Charles E. Spurlock, Sr. After
his mother’s untimely death when he was five, Chuck and his older sister Charlotte
were raised by extended family on ranches near the Ferris Mountain (Bar 11 Ranch)
and the Sweetwater River (Turkey Track Ranch). Chuck loved the ranching life and
had many stories to tell about hunting, fishing and cattle round-ups. He told of the
time when two horses pulling a hay rake spooked and took off at full speed and
went on different sides of a willow bush. Chuck and his wagon went flying over the
bush and he came down sans the wagon.

Chuck and his sister Charlotte were educated in a one-room school. The state
provided a teacher who boarded with the family. During high school, Chuck and his
sister boarded with their uncle in Douglas, Wyoming. Both Chuck and his sister
wanted to attend college but money was scarce in those days. However, the
University of Wyoming allowed board and tuition to high school valedictorians. Both
became valedictorians, one year apart.

WWII interrupted Chuck’s studies. He enlisted and served as a Navy Lieutenant JG
on a destroyer escort. When the Navy decided he needed more education, they sent
him back to college. While in school, his ship was lost with no survivors. He finished
his degree at Iowa State University.

While on leave, Chuck married Barbara Garst on October 20, 1944 in Miami. In 1952
Chuck moved his family to Lander where he owned and operated an engineering
and surveying company until his retirement in 2004.

Chuck enjoyed his family, friends, his work, hunting, golfing and his Labrador dogs.
Chuck had a sense of humor and many of his friends were victims of his practical
jokes. But they took pleasure in paybacks. An uneasy truce was finally called after hereceived a live monkey, parcel post, COD, and no return address.

Chuck lived a life with honor and integrity. A life well lived.

He was preceded in death by his wife Barbara, his daughter Debbie Roeger, his
grandson Eric Pace and his sister Charlotte Slade.