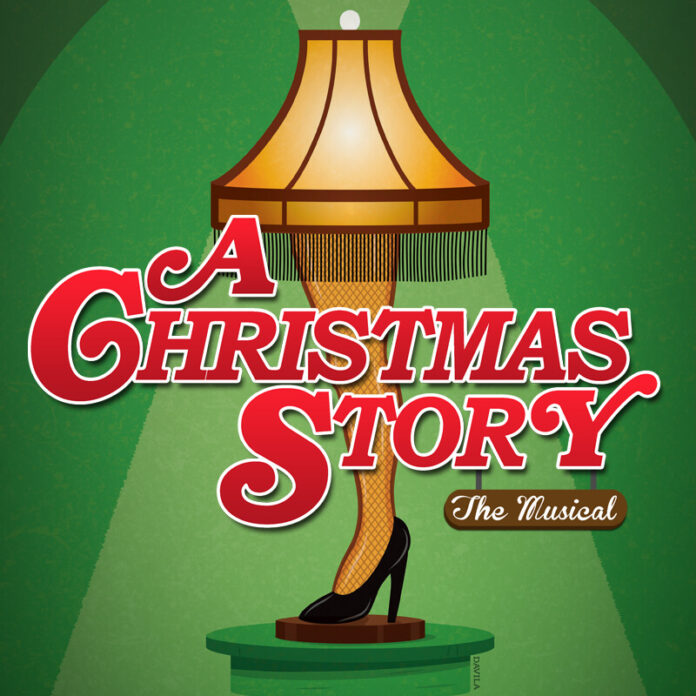 “A Christmas Story, the Musical” is based on the 1983 movie starring Peter Billingsley,
Melinda Dillon, and Darren McGavin.  It’s based on the novel “In God We Trust, All
Others Pay Cash” by Jean Shepherd. The story is set in December of 1940 when a
young boy named Ralphie Parker attempts to convince his parents, teacher, and Santa
Claus, that a Red Ryder Range Model 200 Shot BB Gun is the perfect Christmas gift.
The musical opened on Broadway in November of 2012 and was named one of the Top
10 Plays and Musicals of 2012 by TIME magazine.

“I have loved working on this show,” says Joey West, Central Wyoming College’s
Instructor of Theater. “It retains the charm of the original movie and adds just the right
amount of music and dance to make it a classic Christmas story. Yes, it is about a 9-
year-old trying to convince everyone that a BB gun is the perfect Christmas gift for him, but it also shares the struggle of growing up in 1940s America.  The struggles as a wimpy kid, the challenges one faces in their relationships with their siblings, mother, and father. Yet through all the strife, Ralphie, along with the audience comes to know that his parents and everyone around him love him, and just want what is best for him. I think this is what really makes the show resonate with me.  In the end, Ralphie comes to the realization that his relationships with his mom, dad, brother, and community are solid and
full of love.”

AUDITIONS
“The Sound of Music” audition will be Tuesday, January 17, 2023, at 6 p.m., and “The Rustler Review 2023” audition will be Tues, March 21, at 6 p.m. Two weeks before auditions, notices will be posted in the display case beside The Box Office on the CWC Riverton campus, the Display Case outside of The Ranger newspaper offices, and on Professor West’s door (Arts Center 132). Each post will include a character breakdown and a list of materials to prepare for the audition. All auditions will be in the Robert A Peck Arts Center Dance Studio.

VOLUNTEERS
For all shows, volunteers who are interested in helping backstage, on set, costume, and prop construction can contact Joey West at 307-855-2217 or email [email protected]

A Christmas Story, The Musical

The Sound of Music

“The Sound of Music” will premiere Friday, March 3, 2023, at 7 p.m. Written by Richard Rodgers and Oscar Hammerstein II, this musical was based on the memoir of Maria Augusta Trapp and won the hearts of audiences worldwide. The inspirational story follows an ebullient postulate who serves as governess to the seven children who must make a moral decision as the forces of Nazism take hold of Austria. Evening performances will occur on March 4, 6, 9, 10, and 11. The 2 p.m. matinee will be held on Sunday, March 5.